Apple Music with 60 million subscribers is in a duel against market leader Spotify, which has 120 million paid users but in fewer countries 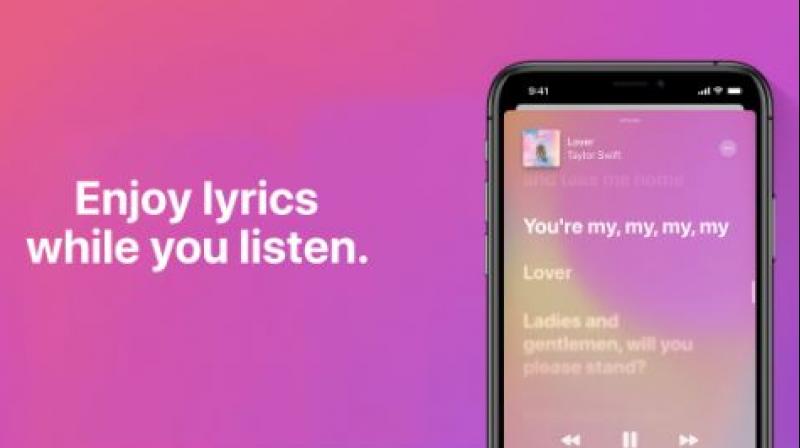 San Francisco: Apple Music is being expanded to 52 additional countries and territories in a push to broaden service revenue streams for the iPhone maker, the company said Tuesday.

The move, part of the biggest expansion of Apple services in a decade, brings Apple Music to a total of 167 markets, including 25 new African countries added Tuesday.

Costs will range from as low as $3 to $11 monthly, with a six-month free trial period in the new countries.

The expansion ramps up the global presence of Apple Music, which has some 60 million subscribers, in its duel against market leader Spotify, which has more than 120 million paid users but is available in fewer markets around the world.

Apple at the same time announced an expansion to 20 new markets of its other services, including its App Store, the Apple Arcade gaming service, Apple Podcasts and iCloud.

With the rollout, Apple services will be available in 175 countries around the world.

Until now, Apple customers in parts of the world had access to some free apps and services for their devices without an opportunity for paid subscriptions.

The California tech giant has been shifting its focus away from the iPhone—the longtime revenue and profit leader for the company—to what is considered a steadier financial stream in digital content and services including music, digital payments and apps.

Amid a softer smartphone market, Apple’s iPhone accounts for only around half of its revenues, while new services and accessories are showing gains.

“We’re delighted to bring many of Apple’s most beloved services to users in more countries than ever before,” said Oliver Schusser, Apple’s vice president for music and international content.

“We hope our customers can discover their new favorite apps, games, music and podcasts as we continue to celebrate the world’s best creators, artists and developers.”

Apple’s iCloud and other services were being expanded to eight additional African countries, two in the Asia-Pacific region, five in Europe, two in the Middle East and three in Oceania.

Apple has been working for some time on the expansion, but the move comes as consumers around the world are facing lockdowns and spending more time on their devices.

Apple Music holds about 19 percent of the global music streaming market, compared with 35 percent for Spotify and 15 percent for Amazon, according to Counterpoint Research.

The streaming music service has some 60 million songs and offers curated playlists along with a Beats 1 radio station.