Instagram said it was investigating the report and had already removed some of the profiles it highlighted. 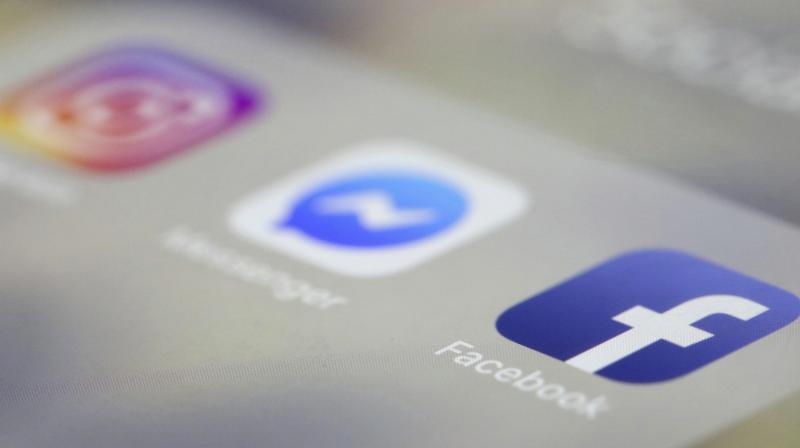 Malign online attacks against Trump’s opponents have been well documented, most notably in the 2016 presidential election campaign. (Photo: AP)

Accounts tagged ‘hatetrump’ and ‘ihatetrump’ are part of a coordinated campaign to undermine US President Donald Trump that has emerged on social media site Instagram, an independent study has revealed.

The photo-sharing app Instagram, which is owned by Facebook, said it was investigating the report and had already removed some of the profiles it highlighted.

Italian analytics firm Ghost Data says the US president is now facing similar illicit tactics, albeit on a limited scale, with false profiles being created and coordinated online attacks organised to spread a virulent anti-Trump message.

“We have uncovered a small operation that is a very likely part of something bigger,” said Andrea Stroppa, the head of research at Ghost Data, which has previously published reports on online counterfeiting and malicious botnets.

“I get the feeling that someone out there is experimenting. Testing the waters. They know what they are doing.”

Some of the accounts appeared to have broken Instagram’s rules, the study said, for example by using pictures stolen from other people or by acting in tandem with other accounts to spew out vitriolic messages.

A spokesperson for Instagram told Reuters: “We are investigating the accounts in question and have already removed those that we’ve found to violate our policies. Accounts used to manipulate or mislead the public are not allowed on Instagram and we will take action if we find additional violations.”

Facebook says it is working hard to root out malpractice on its platforms and has shuttered hundreds of accounts this year that displays what it terms “coordinated inauthentic behaviour”.

The US giant has come under fire over the last two years for its self-admitted sluggishness in developing tools to combat extremist content and propaganda operations.

Stroppa said his research had identified some 52,000 accounts on Instagram which were generally anti-Trump, using such hashtags as #impeachtrump. Many of these were genuine profiles that mixed personal and political messaging.

Drilling down, some 350 “suspicious accounts” emerged which were almost entirely devoted to deriding the US president. Of these, 19 accounts stood out, appearing to be interlinked and waging incessant “memetic warfare”, using a battery of manipulated images and videos to belittle the Republican leader.

The 350 anti-Trump accounts have put out some 121,00 posts since the first of them was created in October 2016, generating a total 35.2 million so-called interactions, which includes people ‘liking’ the item or making a comment.

The smaller subset of 19 accounts started to emerge last August and have since posted around 3,250 times, generating 440,000 interactions — more than half of them since March.

“Their goal seems to be to infiltrate into (social media) networks that are much bigger,” said Stroppa.

One block of five, interconnected anti-Trump accounts were created on the same day last August. Then they all went quiet at the end of that same month. New accounts soon popped up.

An independent report released last December by the US Senate Intelligence Committee said the Russian government’s Internet Research Agency created some 133 Instagram accounts in the 2016 US presidential campaign and used them to try foster distrust in the US political system.

"Instagram was perhaps the most effective platform for the Internet Research Agency," said the report here, arguing that although posts on the site reached fewer users than on Facebook, people interacted much more on the photo-sharing app.

Stroppa said it was almost impossible to say where the 19 accounts he identified as especially suspect originated from and he had no evidence of Russian interference.

“What you can say is that this digital campaign against Trump uses some of the same methods that were used to attack Hilary Clinton in 2016,” he said.

The accounts were split into four groups that sometimes shared similar names. They often put out the same material, near simultaneously. One of the accounts bought advertising space on Facebook, using the name of an unregistered political movement.

“This is a campaign of hate speech not one of reasoned political opposition. The tone is often very vulgar and rude,” said Stroppa.

Imaging software showed that one of the accounts purporting to have been set up by a young US woman was actually using the profile photo of a Russian woman taken from a Russian social media site. Another account used the image of a Ukrainian woman.

Instagram has more than a billion users, making the accounts reviewed by Ghost Data a tiny fraction of the whole. But analysts say even small numbers of users can prove heavily influential if they manage to get their messages amplified.

“Our assessment is that Instagram is likely to be a key battleground on an ongoing basis,” social media analysts New Knowledge wrote in their 2018 report for the US Senate.