Technology   In Other news  21 Jul 2020  TikTok warned by Pakistan telecom authority for hosting 'immoral content'
Technology, In Other news

A government official claimed the “exploitation, objectification and sexualisation of young girls on TikTok” was causing pain to parents. 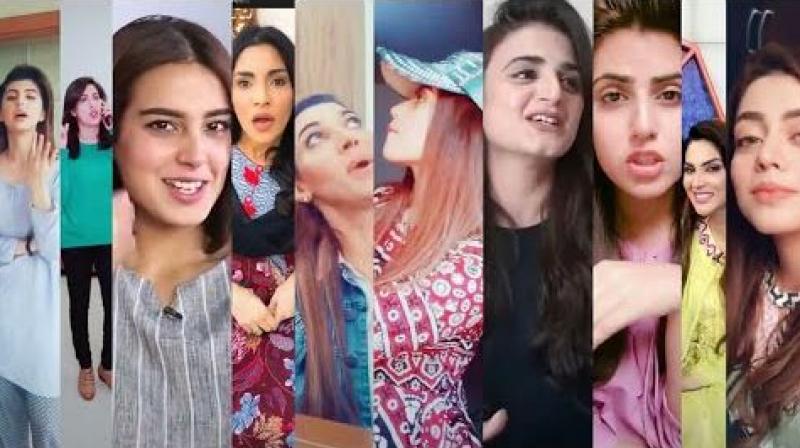 A lawyer who offers digital security training to women said “obscenity” complaints are vague and often aimed at women, praising TikTok for allowing people to express themselves in ways they often cannot in public. (Photo | Thumbnail of YouTube video posted by Interstellar)

Islamabad: Pakistan has issued a final warning to Chinese-owned social media app TikTok to clamp down on what it called “immoral, obscene and vulgar” content on the video-sharing platform.

TikTok has become a global sensation with its 15 to 60-second video clips and is hugely popular among young Pakistanis, with some users building up millions of followers.

But the app has come up against backlash in the deeply conservative Islamic country, with critics blaming it for spreading nudity and pornography.

The Pakistan Telecommunication Authority (PTA) announced it was blocking another app, Bigo, and had received a number of complaints about TikTok over its “extremely negative effects on the society and the youth in particular”.

In a statement late Monday it said it had already issued notices to the company asking it to moderate content, before issuing a final warning ordering filters be put in place to stop “obscenity, vulgarity and immorality”.

Arslan Khalid, a digital media adviser to Prime Minister Imran Khan, welcomed the decision claimed the “exploitation, objectification and sexualisation of young girls on TikTok” was causing pain to parents.

Nighat Dad, a lawyer who offers digital security training to women, told AFP “obscenity” complaints are vague and often aimed at women, praising the app for allowing people to express themselves in ways they often cannot in public.

TikTok has not responded to a request for comment.

The telecommunications authority announced it was blocking the less popular Singapore-based live-streaming app Bigo Live over its content.

TikTok, which is owned by China’s ByteDance, has faced increasing controversy over how it collects and uses data although it has repeatedly denied sharing user information with Chinese authorities.

India banned the app, along with dozens of other Chinese mobile platforms, over national security and privacy concerns with the United States considering a similar move.

In Pakistan—a close ally of China—no privacy concerns have been raised.

The app was also banned by Bangladesh last year as part of a clampdown on pornography, while Indonesia briefly blocked access over blasphemy concerns.