After a few fixes from its beta, Steep remains an enjoyable but frustrating game. 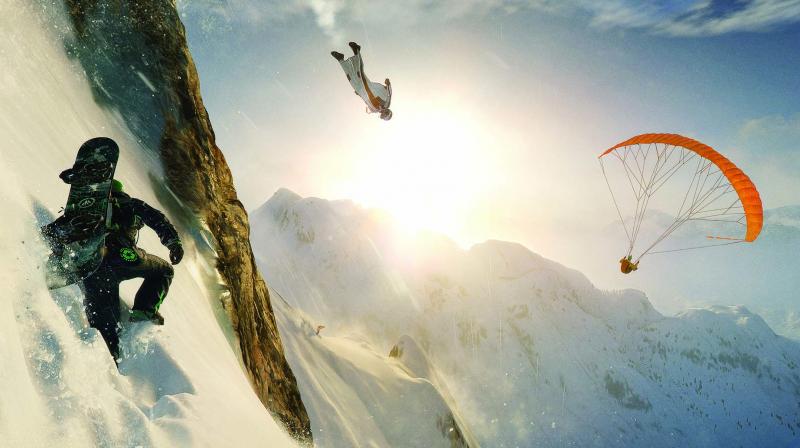 The game consists of trails and challenges that you unlock one after another as you try to conquer the French peeks.

Steep had high hopes of giving players the best possible extreme winter sports experience, but it was always going to be compared to the likes of SSX no matter what it did. Thankfully for Steep the game made several improvements and fixes from its beta a few weeks ago, giving us quite an enjoyable but equally frustrating game.

While we’re all used to exploring mountain tops across various RPG’s, the urge to wingsuit off a cliff or snowboard down winding trails is always there and Steep gives players full freedom to ‘let it rip’ across the alpine slopes. You can go anywhere, make your challenges and join friends in what ends up being quite a fluid experience, if you’re doing it right that is. Some of the controls still feel clunky as even after hours of mastery the game just doesn’t always function the same way and I guess that’s what you’d expect hurtling down slopes at insane speeds.

Back in the beta most of the sports felt slow and sluggish, most of which has been fixed if you can manage to keep your momentum but wing suiting still remains the most exhilarating sport Steep has to offer. Some frustrating bugs like jump timings, hit boxes for objects and just general movement at times kills the flow of the game, but it doesn’t break the experience.

The game consists of trails and challenges that you unlock one after another as you try to conquer the French peeks. Alternate between the four sports; snowboard, skiing, wingsuiting and paragliding as you work your way through multiple challenges. Don’t like them enough, then you can just as easily create your own for the community to try out. One of the great things about Steep is that even though at times you feel like you’re all alone in the vast, beautiful snow covered landscape, a quick look at the mountain map will reveal antlike players going down trails of their own. You can jump in with them any time or avoid them altogether, the choice is yours. 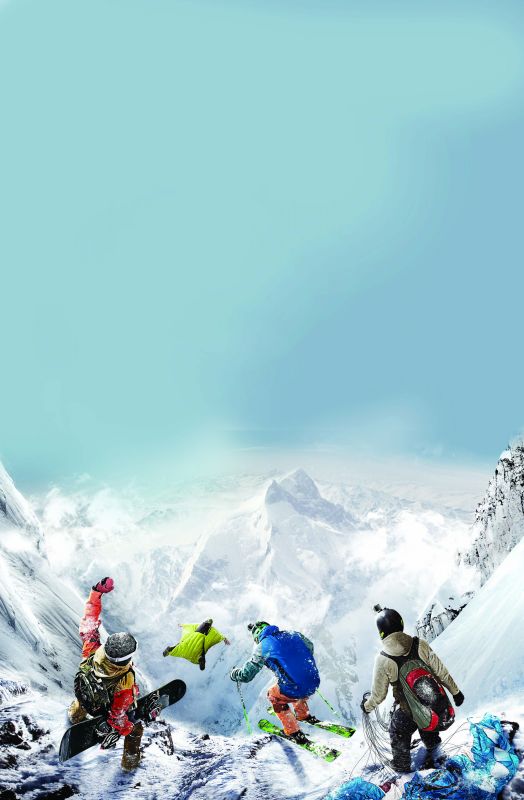 Another great feature about Steep is the replay system. Just had an epic run on a challenging or custom trail? Relive it from multiple angles similar to real life go pro footage. Play around with the playback speeds. Record it with your various softwares like OBS or Shadowplay and you’re all set to create an epic wingsuit flight edit only pro red bull fuelled athletes make. I’ve spent countless hours just rewatching epic stunts, races and wingsuit flights (my favourite sport in case it wasn’t clear).

Overall Steep has improved in terms of gameplay since the beta into quite an enjoyable winter sports game, however the rewards it offers are only in terms of cosmetics like new suits, snowboards, helmets and so on.

I would love to see some free content patches to expand on what the game offers before whatever paid DLC Ubisoft has in mind for the game. While I understand the comparisons to SSX, the freedom Steep gives is unparalleled and the sheer beauty of the alpine forests and sunsets across the peeks is enough to give Steep an edge over any similar game; just a bit more content would be nice.