As good as the first

With a gripping story and interesting characters, Halo Wars 2 gives you a holistic gaming experience. 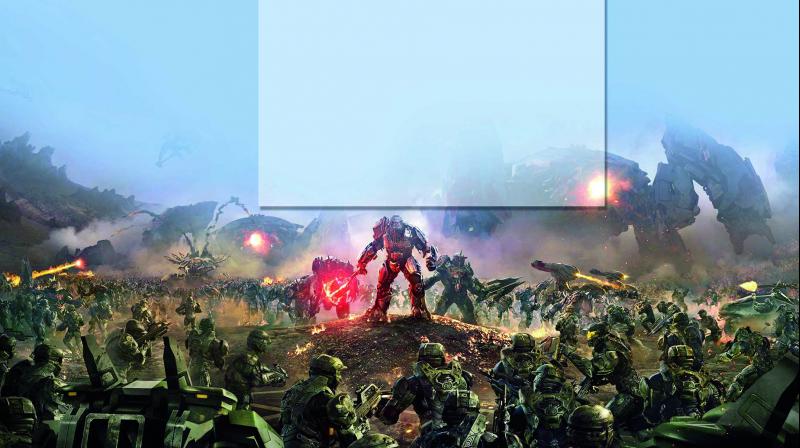 While it’s not revolutionary, the game brings a great franchise to Xbox One and PC for RTS fans.

Halo Wars 2 picks up 28 years after the events of the original cult classic console RTS and doesn’t seem to have missed a beat with the added bonus of being on Windows 10 PC and part of the Xbox Play Anywhere program.

The story is quite gripping and character development is done extremely well as you find yourself invested in the ship Spirit of Fire and her crew. Captain Cutter especially stands out with his bravado and charisma, but certain (spoiler) unexplained elements leave you wondering how you actually got there. Despite an enjoyable campaign, that trend continues throughout, especially the rather abrupt ending which makes me wonder whether this is part of a campaign with more content to come, or just setting up an Expansion. However, once you finish the game, you can connect a few dots and find connections with the main Halo franchise and where the story stands in terms of the end of Halo 5: Guardians.

While it’s not revolutionary, the game brings a great franchise to Xbox One and PC for RTS fans. It maintains the same streamlined gameplay making it extremely accessible for console players, but slightly frustrating for PC players who would want more depth in their control scheme. Your base building revolves around small and large base sites across the map. Production of units costs supply and energy, both of which can be produced or looted from around the map.

Multiplayer sees the return of standard modes such as Skirmish, Domination, Deathmatch and Stronghold. The game is slow to pick up for most players at first, but once ultimate units hit the field it gets chaotic and managing attack groups and crucial upgrades will decide who finally wins.

The new addition however is Blitz mode, Halo Wars 2’s version of a collectible card game. Get packs for completing the campaign and create decks for all the leaders. The mode revolves around 3 stronghold points with the first to reach 200 points the winner. While it is quite enjoyable, its not something that will really sell the game on its own.

The campaign of Halo Wars 2 is backed up with truly amazing cinematics, and even though its quite short its breath-taking. Even in-game visuals are gorgeous, both on the Xbox One and PC. Much like the original, Halo Wars 2’s soundtrack really complements the mood.

As a fan, I am more than happy with Halo Wars 2, despite the abrupt end to the campaign, but newcomers might take a while in getting used to a slower strategic take on Halo.