India is on 11th position when it comes to 4G LTE availability across the world. 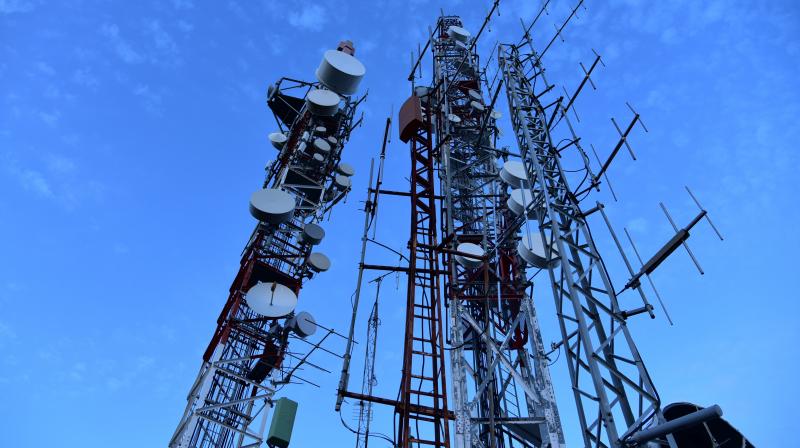 The country that leads the table in terms of 4G speeds is Singapore, with an average LTE speed of 46.64Mbps. (Representative Image:Pexels)

“How fast is the Internet?” — this is one question that every smartphone user in the current times is habituated to. The speed of Internet dictates a lot of people’s lives, which clearly indicates how important is it for the Internet Service Providers (ISPs) to deliver fast and reliable connections across the length and breadth of the country. Not long ago, India got to see the benefits of ultra-fast 4G LTE Internet connections — courtesy Reliance Jio. Since then, a lot of players stepped up the game to provide fast and reliable Internet connections with tempting data plans. So, has the new technology changed the perception of India being one of the countries with the slowest Internet connections? Probably not.

In a recent survey by OpenSignal on the state of LTE around the world, Indian hasn’t fared well when it comes to Internet speeds. Out of a total of 77 countries where 4G LTE Internet is present and working, India presently ranks at 77th position, i.e. last on the list. With an average speed of 6.13Mbps, India is sitting at bottom of the table. The United States of America (USA) also fares pretty low with an average speed of 13.98Mbps. The country that leads the table is Singapore, with an average LTE speed of 46.64Mbps. 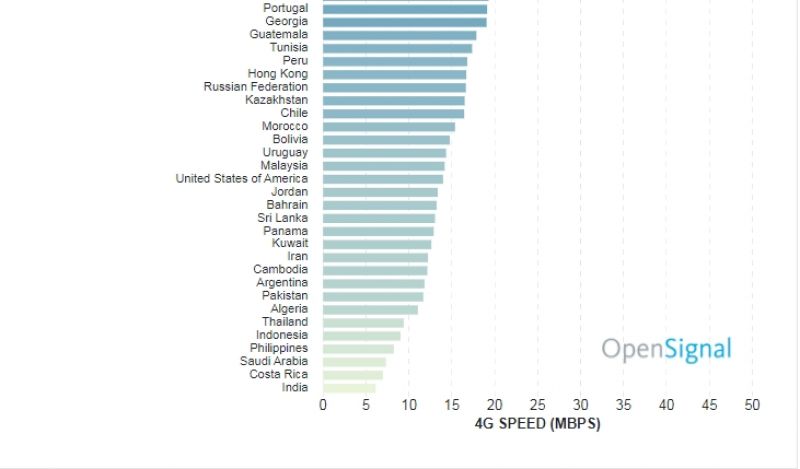 When it comes to availability of 4G on India gains back positions considerably. Out of the 77 countries, India presently sits as the 11th position with 84.03 per cent. South Korea leads the list with a total reach of 96.69 per cent, followed by Japan at 94.11 per cent and Norway at 88.66 per cent. This is a pretty impressive score for India, considering the country’s massive expanse. 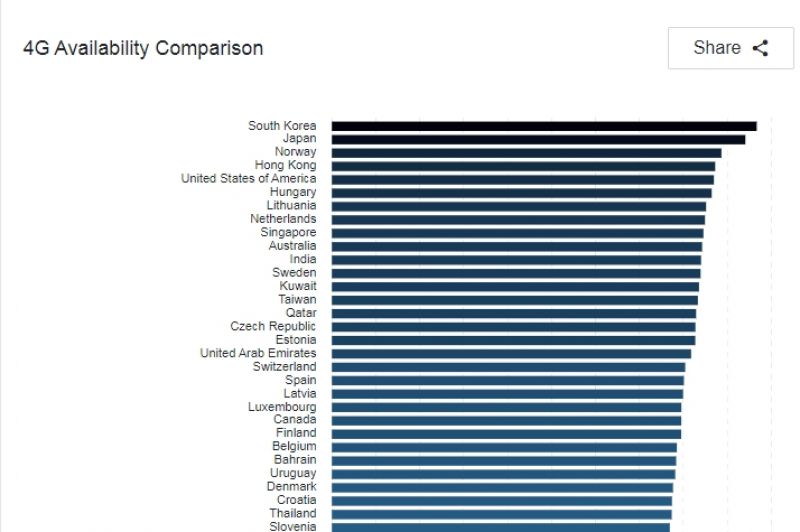 However, what’s surprising that no country has managed to touch the elusive 50Mbps mark, which is something that a 4G LTE network promised to bring. As for India, Reliance Jio made 4G LTE network more accessible initially with a free-to-use model and following it up later with extremely affordable data plans. Vodafone, Bharti Airtel and Idea Cellular are some of the other prominent names in the 4G category in the Indian smartphone market. 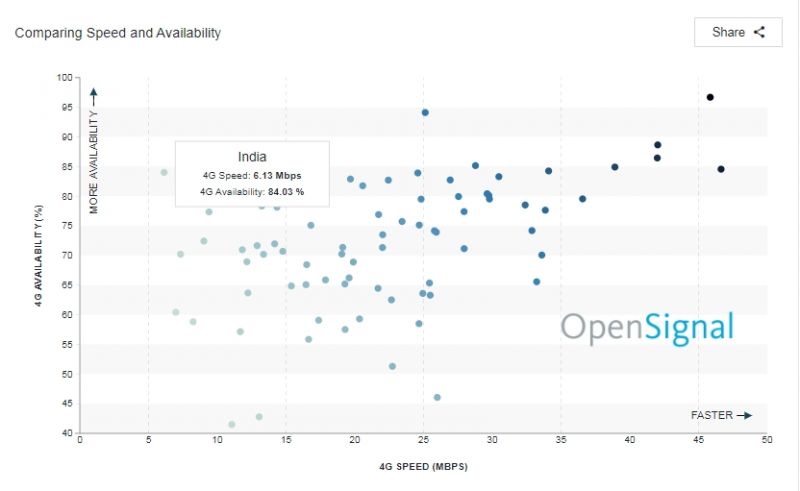 Over the past few months, all of the aforementioned telecom operators have been trying to enjoy a pie of Reliance Jio’s profits by offering super sweet deals and offers. Jio itself has been fighting back with lucrative deals on all its data plans. While all of them have been able to draw in more subscribers to the new technology, the availability of high-speed Internet at extremely affordable rates is causing a lot of network congestion, which results in average lower Internet speeds. However, even at 6.13Mbps, the speeds can be at best termed as decent when compared to even lower average speeds of the older 3G and obsolete 2G networks. The lower Internet speeds are due to the fact that telecom operators have to cover a vast expanse of the country, which is a tough job at the initial stages of widespread 4G deployment. 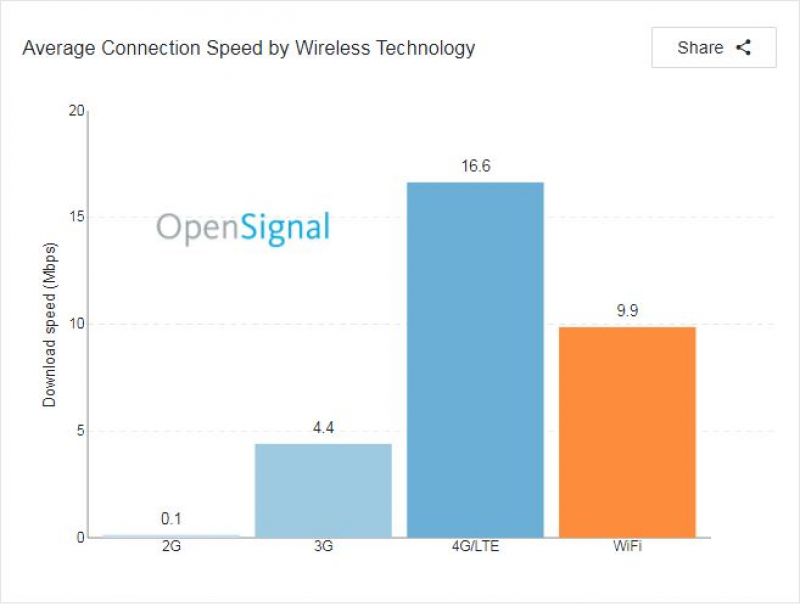 However, telecom operators are trying to capture more consumers in 4G LTE’s coverage and we expect them to keep trying to improve the numbers while keeping the Internet accessible to everyone.