All about the money

Several games including For Honor have become more of a money-making machinery as they focus less on the game. 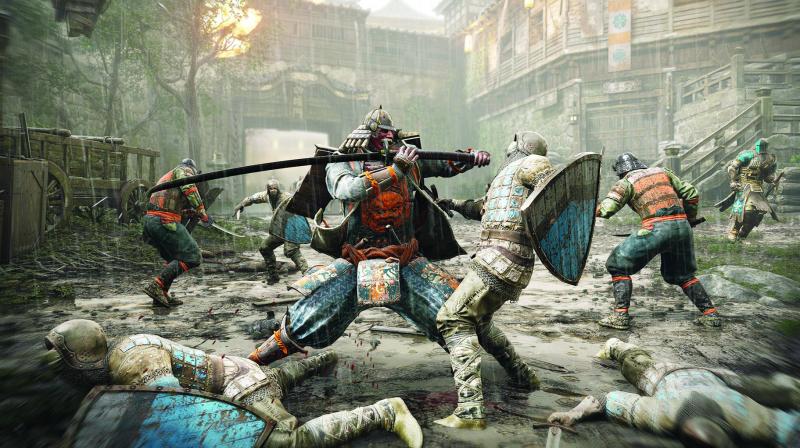 For Honor is the first game in a long time to have a great melee combat system that isn’t a “swing and pray you hit something” kind of system. The stances, weapons and styles of the characters makes for an amazing medieval combat experience like no other, but then why isn’t it the best thing ever? Microtransactions.

Gone are the days when you got everything when you paid for a game, now it’s pretty much paying to be able to play a bit of it, and then some more to complete the experience. While the microtransaction model is essential for free to play games, with cosmetics and boosts to help players show off and skip the level up grind, as long as it doesn’t affect the outcome of the game, there is no problem at all. But when a game that you have already paid full price for asks you for more money for a “skin” or an emote, its a slap in the face.

For Honor came with in game skins and emotes for all characters that you could unlock using “steel”, an in game currency. However, the price of high end items reached 30,00 to 50,00 steal and with matches giving you 15 steel each without the mission, made these skins and emotes more of a statement as not everyone will get there. However, recently new emotes were launched for around 70,00 steal, which if you were to buy with real money would set you back over $7; it really makes you wonder what on earth are publishers thinking. While I have no objection to this emotes existence, bundling it with a proper DLC or expansion would be more acceptable, as this is a blatant cash grab and quite disrespectful towards those who’ve bought the game.

Nowadays games are shifting focus towards continuously making easy money from gamers as opposed to actually making new content. For gamers, For Honor isn’t the only game to go this way with big names like the upcoming Injustice 2 also rumoured to include a premium currency for real world money that will offer special skins and level boosts, definitely a dangerous trend setting in.