The Doctors Without Borders group is launching the film to counter surging attacks on medical facilities and workers in conflict zones. 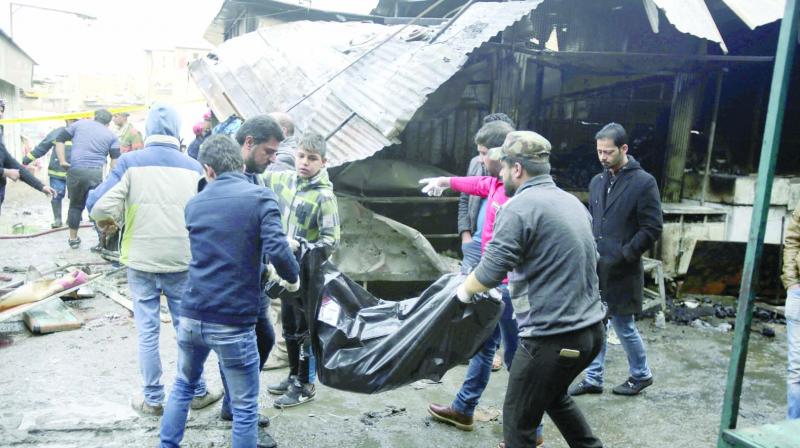 Doctors and nurses bustle round a patient with a broken leg, when suddenly there is an explosion, darkness and panicked screams. Now imagine that patient is you. That is the experience the MSF medical charity is aiming for with a new virtual reality film it is testing and planning to get before decision makers, military commanders and soldiers on the ground.

The Doctors Without Borders group, known by the French acronym MSF, is launching the film in a bid to counter surging numbers of attacks on medical facilities and medical workers in conflict zones in places like Syria, Yemen and Afghanistan.

"This kind of tool, the 360-degree (VR film), could be very, very useful in sensitising fighter jet pilots for instance" to what is at stake, explained Francois Delfosse, who heads an MSF project on hospital attacks and protection of medical missions.

And indeed, once you slip on the VR headset and large headphones, you are there, in the middle of a bustling trauma ward, looking down at your outstretched broken leg and waiting for one of the doctors to tend to you.

When the explosion hits, you are stuck in the middle of a darkened corridor, unable to move as bloodied people run screaming past and staff pound frantically on the chest of a person stretched out on the floor in front of you. If you turn your head, you can see more people running, including an older man, his face caked with dirt and blood, holding what looks like a lifeless baby.

"There was this sense of powerlessness," explained Irene Raciti, of the Red Cross, who volunteered to help test the MSF film on the sidelines of a film festival in Geneva last week focused on human rights.

Sitting in a secluded room with the headset and earphones on, Raciti twisted and turned her head in different directions, at one point gasping and clutching her hands nervously together.

"I was injured, so I couldn't move, and people were running around me, people needed help, and I was powerless," she told AFP after the experience.

She and other test subjects were debriefed by MSF staff afterwards to help determine the effectiveness of the tool before it is presented to politicians and other decision-makers starting on World Humanitarian Day in August.

"MSF asked me to create a traumatising experience," explained Romain Girard, director of the 360-degree film, which lasts just around two and a half minutes, but which when you are behind the goggles feels much longer.

The VR film was created in Geneva, but inspired by media and surveillance footage from a real attacks on hospitals, including the deadly US bombing of an MSF hospital in the northern Afghan city of Kunduz in October 2015 that killed 42 people, including 14 of the charity's staff.

"In that footage, you don't see the bombs fall, but you see the shockwave, the panic and the distress of people there," Girard said, also describing how patients and medical workers in these settings seem to be "transformed into ghosts moving through darkened hallways filled with smoke and dust."

"That was really the feeling I was aiming for," he said.

MSF meanwhile stresses that for every medical worker killed or injured in attacks, many more people are deprived of the care they would have provided and die or suffer as a result.

"These attacks are creating a considerable number of direct and indirect victims," Delfosse said, warning that "many people are simply dying from a lack of care... which is unacceptable."

MSF hopes the VR film will help make clear to people in charge the devastating consequences of attacking medical facilities.

"I hope one day someone will remember this (VR) experience and maybe think: 'If I shift my decision, I could really save lives,'" Girard said.