New photos show iPhone 8, iPhone 7s and iPhone 7s Plus molds side by side

From the photos, one can gauge the fact that the iPhone 8 is much closer to the 4.7-inch iPhone 7 chassis size 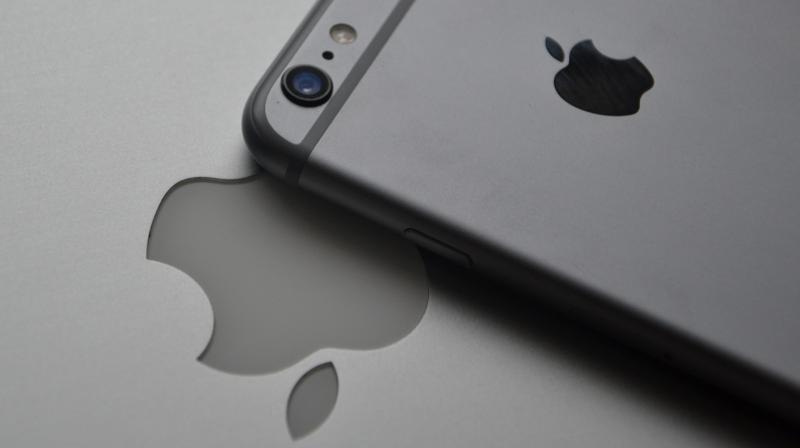 In terms of features, the iPhone Pro/iPhone 8 has been reported to sport new 3D-sensing front cameras, upgraded waterproofing, an Apple A11 chip.

This year will be Apple’s 10 year anniversary for its iPhone and news is here that Apple might be planning to launch a special anniversary edition iPhone also called iPhone 8 alongside its regular siblings — iPhone 7s and 7s Plus.

Now a set of new photos have surfaced on Weibo purporting to show molds for all three of the new phones. They do not really reveal anything we haven’t seen before in rumors. One important thing to note about this particular leak is that molds are usually jumping through two layers of indirection. The molds are likely meant to create iPhone cases or dummy iPhone units, and not the actual iPhones themselves.

The iPhone 8 — pictured in the middle is much closer to the 4.7-inch iPhone 7 chassis size than the 5.5-inch iPhone 7 Plus. Despite the similar physical dimensions, the iPhone 8 is expected to feature a 5.8-inch display thanks to dramatically smaller bezels horizontally and vertically.

From the photos, one can gauge the fact that the iPhone 8 is much closer to the 4.7-inch iPhone 7 chassis size, it is marginally taller and a fraction wider than the iPHone 7. The molds also include cutouts for the rear camera. The iPhone 8 shows a vertical camera module. Other schematics indicate that this single bulge will contain two camera sensors and the flash. Apple most likely had to rework and reorient the dual-camera system from horizontal to vertical due to drastic reduction in chassis width. 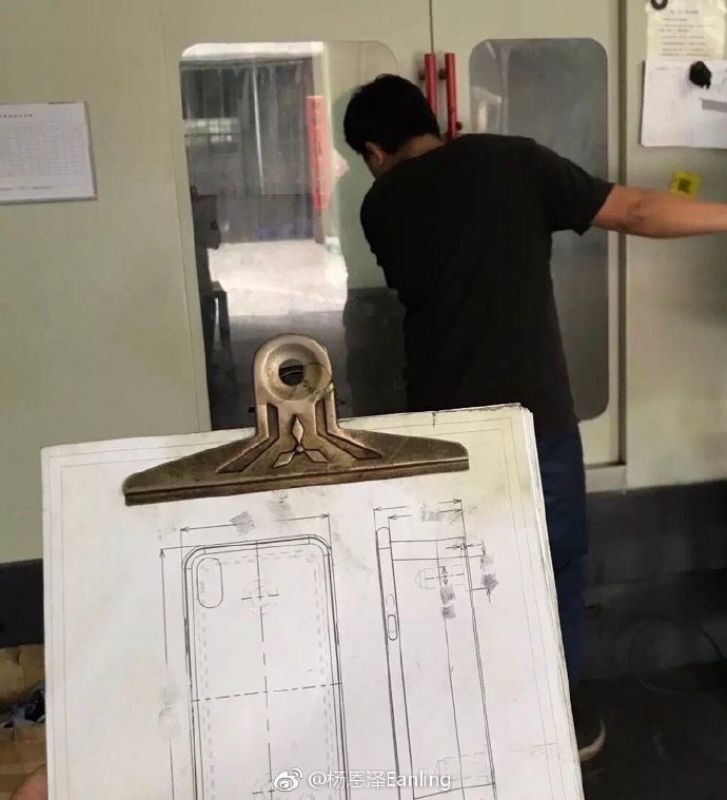 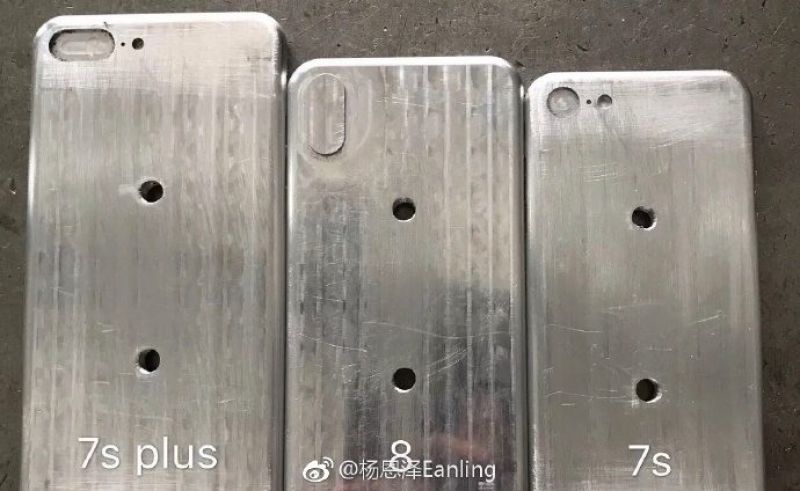 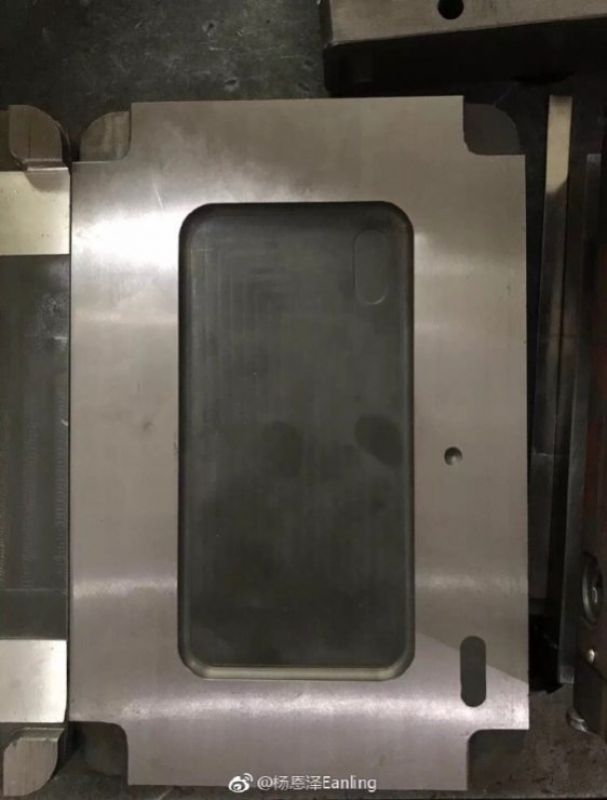 In terms of features, the iPhone Pro/iPhone 8 has been reported to sport new 3D-sensing front cameras, upgraded waterproofing, an Apple A11 chip, a bigger battery and more inside the redesigned stainless steel and glass chassis. The 7s phones are also on the path to loose their aluminium back for glass materials but will look similar to current generation iPhones.

Apple is expected to unveil the three much awaited iPhones in the fall at a media event in September. All three phones should feature wireless inductive charging capabilities. The iPhone Pro/iPhone 8 shall go on sale in late October with it carrying a significantly-higher premium price tag.