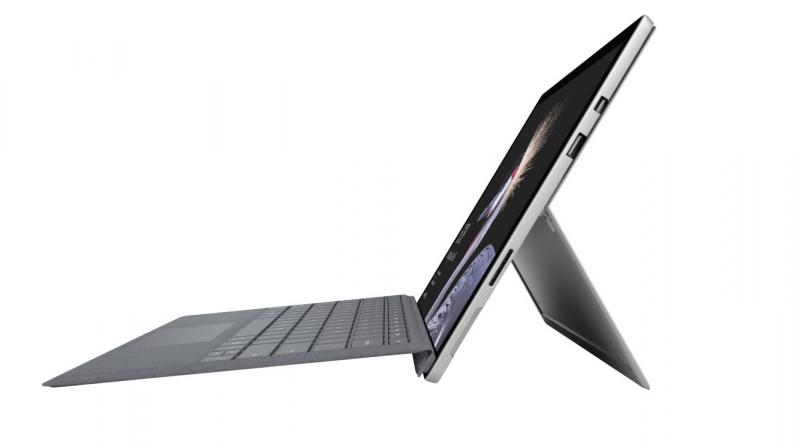 The Surface Pro images leaked by @evleaks show a device that is slimmer and has slightly more rounded edges than the Surface Pro 4.

Images of the next Surface Pro was leaked out yesterday. It now seems Surface chief Panos Panay was not lying when he had stated “there’s no such thing as a “Surface Pro 5”: Microsoft’s next laptop-tablet will simply be called Surface Pro without a descriptive numeral.

The Surface Pro images leaked by @evleaks show a device that is slimmer and has slightly more rounded edges than the Surface Pro 4, but otherwise it seems mostly unchanged. Just like the new Surface Laptop, there’s still no USB-C connector. The leaked images suggest there will be some keyboard and pen colours, though.

Internal specs for the Surface Pro will almost be certainly be upgraded to Intel Kaby Intel processor, which should boost the device’s battery life and provide hardware support for 4K video decoding, but beyond that it is sounding like this will be a fairly minor refresh.

The all new (not exactly!) Surface Pro is all set to be launched at Microsoft’s Shanghai event on May 23.