The cover of the Led Zeppelin album Houses of the Holy are permitted on Facebook. 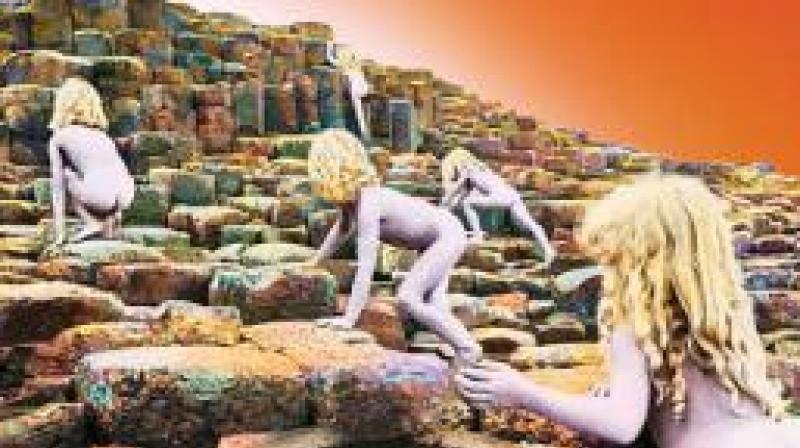 Facebook has backtracked on its ban it had placed on a classic Led Zeppelin album cover that featured images of naked children. This album art of the band’s 1973 album Houses of the Holy had been uploaded on to Facebook by the Facebook Page ‘Ultimate Classic Rock’ earlier this week but had been swiftly removed by the social media site as it violated its policies.

The cover art of the Grammy-nominated album displays stylized images of nude children climbing the rocks at Northern Ireland’s Giant’s Causeway.  A statement issued to Ultimate Classic Rock, a fan page with over a million followers on Facebook stated that the image has since been restored.

A spokesperson was quoted as saying, “As our community standards explain, we don't allow nude images of children on Facebook. But we know this a culturally significant image. Therefore, we're restoring the posts we removed."

A report by CNN states that this cover art was designed by Hipgnosis, a British design group and features images of siblings, Stefan and Samantha Gates. As per a documentary on the BBC in 2010, Stephan has been quoted as saying that he had been disturbed by the cover for much of his life and that he had never listened to the album. Facebook’s guidelines explicitly mention that they, “do not allow content that sexually exploits or endangers children."

Facebook states that it repeatedly removes nude images of children shared by parents with good intentions, “to help avoid the possibility of other people reusing or misappropriating the images."

The album Houses of the Holy is one of Led Zeppelin’s most well-received albums and features hits such as D’yer Mak’er along with Over the Hills and Far Away.

This is another win for artists over the social media site and it follows the protest which took place outside Facebook’s NY headquarters where over a hundred women stripped naked to protest against Facebook’s sexist views against artistic female nudity. In this case, Facebook also conceded that they would consider showing female nudity as long as it was meant for artistic purposes.