IIT-B working with US scientists to predict storm surge

With climate change and global warming triggering erratic and extreme weather events, the coastal states in India were vulnerable 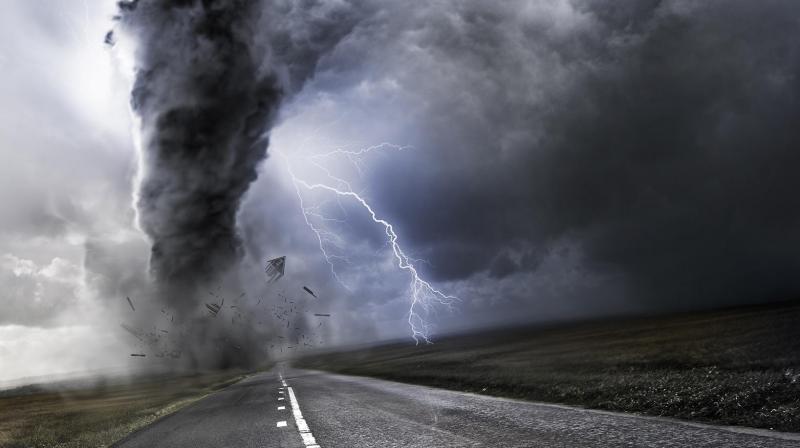 Though the number of tropical cyclones in a season could remain the same, their category or intensity would be higher.

Researchers in climate science at the IIT, Bhubaneswar, are studying coastal inundation for developing a Land-Ocean-Atmospheric Modelling System to make prediction in case of extreme weather events, Prof U C Mohanty, Professor of Earth, Ocean and Climate Sciences at IIT, Bhubaneswar said. With climate change and global warming triggering erratic and extreme weather events, the coastal states in India were vulnerable, he said on the sidelines of the four-day National Symposium on Tropical Meteorology (TROPMET-2016) which concluded at SOA University yesterday.

"The IIT-Bhubaneswar has been working with a group of US-based scientists to develop such a model. This modelling will help improve the prediction on coastal inundation which is a major cause of loss of life and property in the coastal states," Prof. Mohanty, an acknowledged expert in climate science, said.

Prof. Mohanty said the endeavour to develop the modelling system with the group of US-based scientists was crucial as climate change had altered the rainfall pattern. "We now receive a huge amount of rainfall within a short window of time followed by long dry spells. Besides, the rainfall and storm surge during tropical cyclones seriously affects large shoreline populations causing destruction," he said.

Asked about future projections, he said though the number of tropical cyclones in a season could remain the same, their category or intensity would be higher. With global warming leading to sea level rise, inundation in a state like Odisha had to be studied, Prof. Mohanty said, adding the storm surge on the southern coastline of the state from Ganjam district up to Visakhapatnam in Andhra Pradesh could be of 2-3 meters while a cyclone of the same intensity could whip up waves of 10-12 meters in the Balasore coast in the north. "It is because, the sea is very shallow off the Balasore coast while it is deep along the southern coastline," he said.