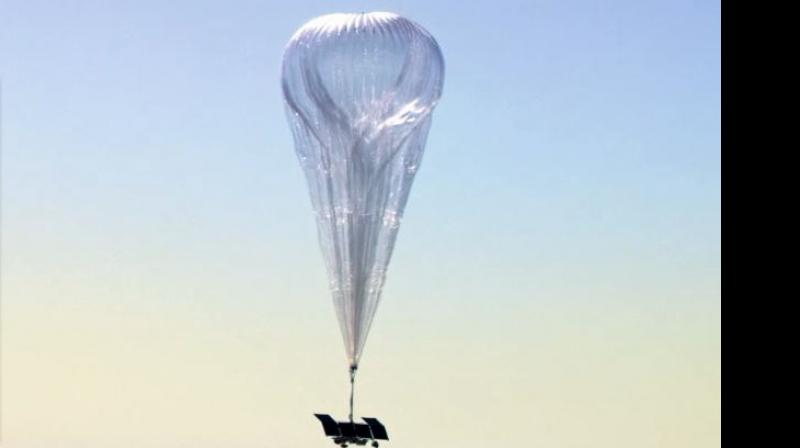 Google's parent company is letting the air out of an internet-beaming balloon company that was providing online access from the stratosphere.

The plan to shut down Loon was announced late Thursday, ending what started out nine years ago as one of Google's secret projects in its so-called moonshot factory, a division now called X.

Google, Loon and X all are owned by Alphabet Inc., which draws upon Google's digital advertising empire finance risky ideas like internet-beaming balloons and another high-profile flop, internet-connected glasses.

As reflected by its name, Loon was viewed as a crazy idea from the start. Yet Google's hopes for the project were a lofty as the high-flying balloons themselves when the company finally took the wraps off the project in New Zealand in June 2013.

The ambitious goal at that time was to launch thousands of massive balloons 12 miles (20 kilometers) into the stratosphere in order to bridge the gaping digital divide between the world's 4.8 billion unwired people and their 2.2 billion plugged-in counterparts.

Since then, more countries that had little or no internet access now have gotten more ways to get online partly because of the explosive growth of smartphones during the past decade.

That made it even more challenging for Loon to find a way to make money, culminating in the decision to deflate it.

“The road to commercial viability has proven much longer and riskier than hoped,” Astro Teller, the head of the X division, wrote in a blog post.

Alphabet doesn't disclose the results of other companies besides Google. The group of other far-flung companies that include self-driving car pioneer Waymo, health services venture Verily and drone delivery gambit Wing are clumped together with Loon and others in a division known called Other Bets.

Those operations have suffered a combined $12 billion in operating losses since 2016 while Google has produced a combined operating profit of $140 billion during the same period.

Loon's balloons had been working with telecom providers to provide internet access in Kenya and will continue to do that until March, according to Teller.

Because it has been working with other companies on that access, Loon expects little or no disruption to the Kenyan customers' internet access.

To help Kenya expand its internet access, Alphabet is will give USD 10 million to nonprofits and businesses aimed at advancing that cause.

Most of the employees working at Loon will be laid off with severance packages while some others will be offered jobs at X, Google or Alphabet, Teller said.

He didn't disclose how many of Alphabet's 132,000 employees, most of whom work within Google are at Loon.