Technology   In Other news  23 Mar 2020  Join efforts to trace the coronavirus route map in your locality by downloading this app
Technology, In Other news

The MIT prototype Private Kit: Safe Paths app works by sharing location data between users, without revealing who the users are. 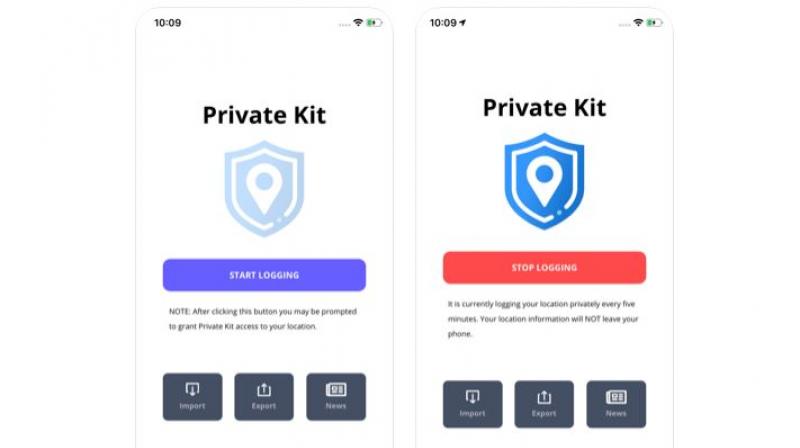 The free and open-source prototype Private Kit app was developed by teams at MIT and Harvard as well as software engineers of Facebook and Uber who worked on it in their free time.

Chennai: The Massachusetts Institute of Technology (MIT) Media Lab has developed an app that tracks the location data of users and shares it with other users—without violating their privacy—in an effort to inform people if they have come into contact with someone infected with the coronavirus.

The app depends on users voluntarily declaring if they have contracted the coronavirus disease COVID-19. By sharing location data with others on the network, users can check if they have crossed paths with infected persons.

The Private Kit: Safe Paths app is similar in intention to Singapore’s TraceTogether app which is also used in contact tracing, on which Deccan Chronicle had reported a couple of days ago.

Where it differs is that the MIT app shares encrypted location data between users without it being accessed by a nodal authority, whereas the Singapore government’s app sends Bluetooth signals between phones within close proximity of 2 metres to detect other users of the app.

The free and open-source prototype Private Kit app, was developed by teams at MIT and Harvard as well as software engineers of Facebook and Uber who worked on it in their free time. It is available for download on Apple’s App Store and Google’s Play Store.

Ramesh Raskar of MIT Media lab, who heads the team that developed the app, was quoted as saying by MIT technology review that only if enough people are using it will the app have any meaningful data to share.

He said a “fine-grained tracking approach” would allow authorities to seal off and disinfect areas in the route map of infected persons. Giving the example of South Korea, where contact tracing of infected persons identified coronavirus hotspots, Raskar said testing stations were set up outside buildings that visited by the carriers of the virus.

However, he cautioned that information on the app would give users a false sense of security about some places being safe while others were not. But in reality, the app can only pinpoint locations that the virus has been and not where it is going.

Several users have given suggestions and pointed out glitches to the MIT team, on App store and Play store, to which the response seems quick. So, download the app and give it a go. You would be doing your bit to keep yourself and others safe.