More than 50 webinars will be held across the state to educate and train young girls and women and certify them as “cyber sakhis”. 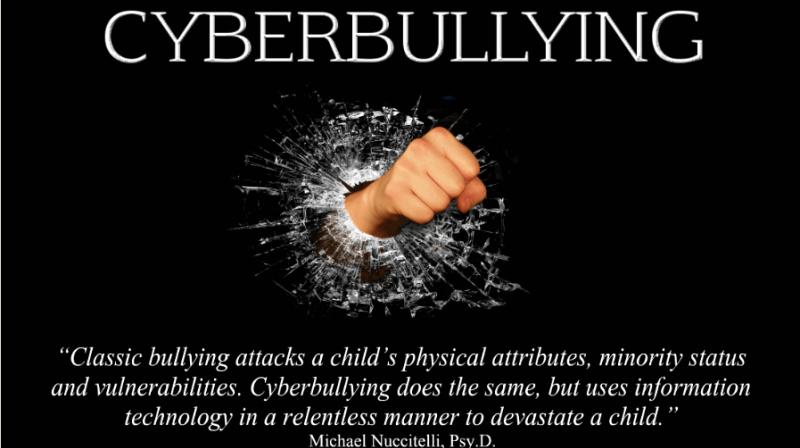 Along with the campaign against cyber bullying, the Maharashtra State Commission for Women (MSCW) has also launched a campaign to raise awareness about domestic abuse called ‘#UnMuteTheAbuse’ campaign on social media. The objective of the campaign is to get people to accept that domestic abuse is a long-standing problem that has seen an increase during the lockdown. (Photo | Flickr - ipredator)

Mumbai: The Maharashtra State Commission for Women has launched a digital programme to educate and train young girls and women on how to counter cyber-bullying and social media predators.

It has also launched a campaign to encourage women to report cases of domestic abuse, which have seen a rise during the lockdown in the country, the commission’s member secretary Aastha Luthra said.

To tackle cyber bullies and social media predators, a programme has been launched on Tuesday under which more than 50 webinars will be held across the state to educate and train young girls and women and certify them as “cyber sakhis”, Luthra said in a statement.

On an average, the Maharashtra State Commission for Women (MSCW) receives approximately 800 complaints a month, she said, adding that the number has reduced since the state started easing the lockdown restrictions.

Women reach out to the commission through e-mails, letters, phone calls and also via Tejasvini app where most of the complaints are regarding domestic abuse, while some are also about social and financial problems.

The evaluation is done on the basis of severity of the case, where the commission ascertains if police intervention is required or counselling could be used as a medium to resolve the issue, Luthra said.

To raise awareness about domestic abuse, the MSCW on Monday launched ‘#UnMuteTheAbuse’ campaign on social media, she said.

The objective of the campaign is to get people to accept that domestic abuse is a long-standing problem that has seen an increase during the lockdown, the official said.  The idea is to encourage people to raise their voice against any kind of domestic abuse, she said.

Since the campaign was launched, 425 complaints of domestic violence have been received from across the state, with maximum 116 reported from Mumbai. There was also 50 e-mail complaints where the region or district was not mentioned, she said.

“Often, neighbours and relatives are afraid to alert the authorities considering that any argument within the family is personal business. But, this needs to change and people need to overcome the hesitation and make it a usual practice to raise voice against any violence,” she said.  Luthra assured that the commission “will provide compassionate and comprehensive services” to those affected by domestic violence.

She said the lockdown brought to light several cases of physical and mental abuse where women were forced to stay at home with their oppressors.

“With this initiative, we aim to encourage people not only to raise their voice against domestic abuse, but also spread the message and help us in helping the victims get justice and a better life,” she said.