Technology   In Other news  23 Jul 2020  Revenues rise but profits fall at Microsoft as taxes take a bite
Technology, In Other news 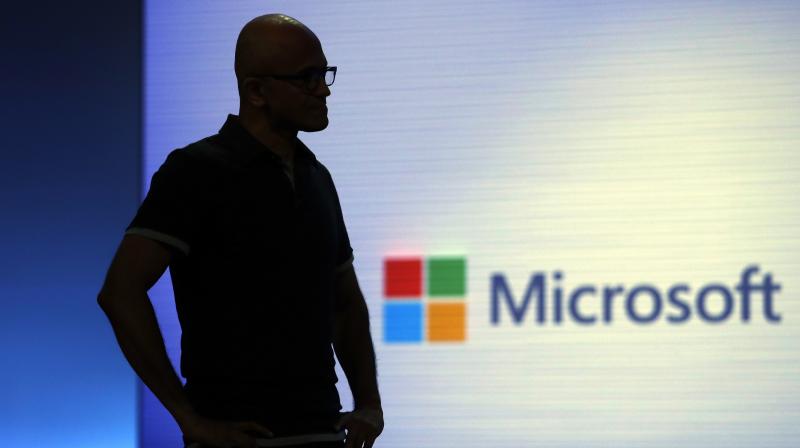 “Organizations that build their own digital capability will recover faster and emerge from this crisis stronger,” Microsot CEO Satya Nadella said. (Photo | AP)

San Francisco: Microsoft said Wednesday that revenues climbed in the past quarter amid strong demand for cloud computing services from pandemic-hit businesses and consumers.

Profits in the quarter ending June 30 fell 15 percent to $11.2 billion, the result of increased tax charges compared with a year ago.

Revenue meanwhile rose 13 percent to $38 billion, led by strong gains in its cloud computing and its Xbox gaming operations.

“The last five months have made it clear that tech intensity is the key to business resilience,” he said.

“Organizations that build their own digital capability will recover faster and emerge from this crisis stronger.”

Microsoft shares dipped some 2.5 percent in after-hours trade on the results, which were largely ahead of forecasts.

In the personal computing segment including the Windows operating system, revenues were up 14 percent to $12.9 billion.

Within that segment, Xbox gaming service revenues rose 65 percent and sales for its Surface devices were up 28 percent.

Microsoft saw a more modest six percent revenue rise in its productivity and business operations which include the Office software suite and LinkedIn.