The Walking Dead is a bit of a disappointment, but it does lay the foundation of what could potentially be a great game. 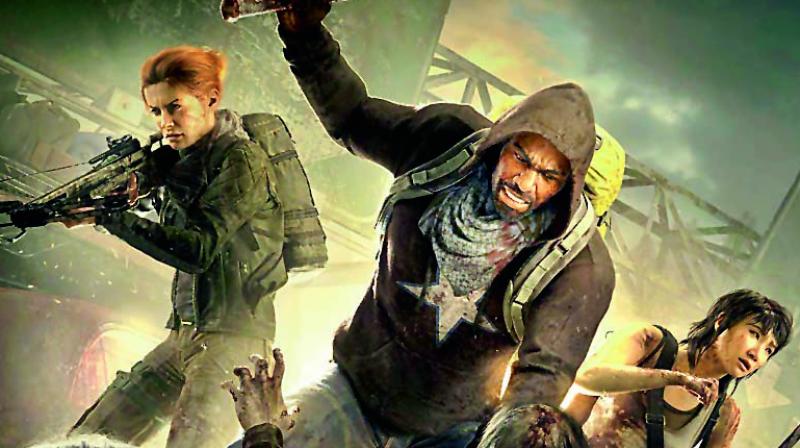 Jumping from mission to mission you forget there is even a story as your only goal is to get supplies and new weapons.

The game functions mission to mission, putting you in a loading screen lobby before each one allowing you to team up with other players or invite friends. I often found myself sitting alone or having to reinvite players I was just playing with. The entire party system that should’ve been a core feature of a coop game seems to have been forgotten, especially given the fact there is no voice chat other than steam or third-party apps. Coop games are about finding the right squad with synergy and sending them their own way after each mission is very counterproductive.

Much like traditional zombie games with hordes of ‘normal’ slow moving zombies, your best course of action is stealth until of course someone accidentally trips a car alarm and you have to shoot your way out of trouble. Any sound attracts zombies and it’s a great tool to use for crowd management and can even allow teammates to draw aggro while you go about your mission.

The overall gunplay isn’t bad at all, the servers however sometimes get in the way with a ton of dsync that makes both players and zombies teleport around the map. The various characters in game come with different perks and abilities to give you a bit of freedom in choosing how you want to play; do you want a melee specialist or something who likes rifles the choice is yours. But you will see most people favouring healers and tank characters. Plus, beyond minor differences there isn’t really a big difference between the characters like you would have in a borderlands where each character is poles apart.

The main game is based around keeping your camp stocked up with supplies and their moral high; however the overarching storyline isn’t one you’re likely going to care about too much. Jumping from mission to mission you forget there is even a story as your only goal is to get supplies and new weapons.

Overkill’s The Walking Dead is a bit of a disappointment, but it does lay the foundation of what could potentially be a great game. With constant tweaks and patches, the developers are working with gamer feedback and improving it day by day; but for now I’d say this game is only for people who really like zombie games or if you have a group of friends you like grinding out missions.