Say 'moo', to the Connected Cow!

Chitale is at the vanguard of a new niche: Agri-robotics for automatic milking and surveillance. 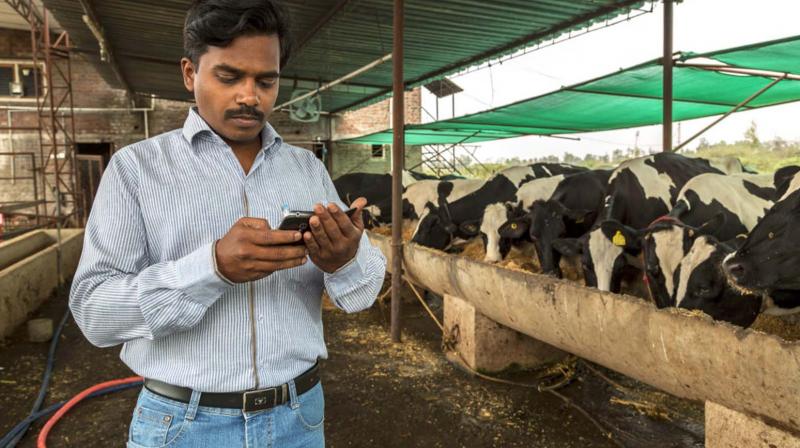 When Vishvas Chitale, took over the reins of Chitale Dairy, arguably the largest privately owned milk producer in India, he decided that technology was the key to scale up an operation that produced around 60 million litres of milk annually from its own farm in Bhilawadi, in Maharashtra's Sangli district as well as some 50,000 farmers, statewide. He turned to Dell and VMware to create Cows-to-Cloud platform feeding a bank of Dell PowerEdge blade servers, to provide health services, artificial insemination, and blood profiling of each animal to identify disease or nutritional deficiencies. The data is shared with the farmers via SMS messages, to help them optimally manage their herds. At the flagship Chitale dairy farm , all 1000-plus cows and buffaloes are RFID tagged and transmit information on feeding and milking conditions. Chitale is at the vanguard of a new niche: Agri-robotics for automatic milking and surveillance. Let's say 'moo' to that!