This robot can grasp objects without touching

The robotic gripper comprises of two semi-spheres connected to a circuit board carrying microchips. 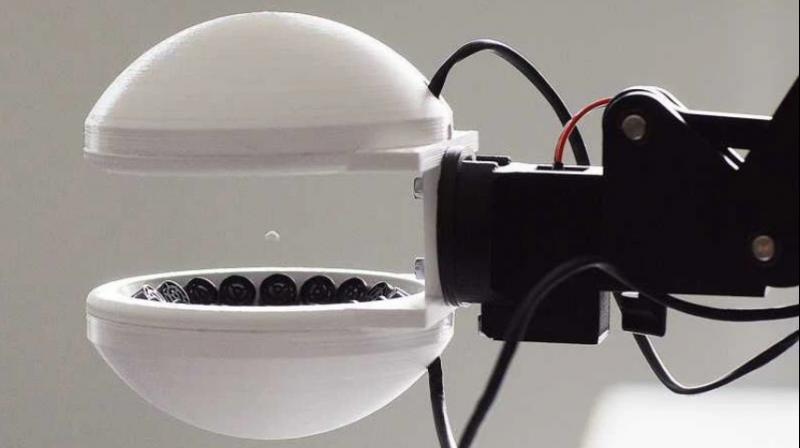 The technology is seen relevant in industries such as watchmaking or semiconductor industry where damage to small components is costly. (Photo: ETH Zurich)

Researchers have built a new robot that looks like a pair of headphones and is capable of manipulating objects without even touching them using sound wave technology.

With acoustic levitation, the robotic gripper is capable of trapping small objects which appear to float in the air.

The technology is seen relevant in industries such as watchmaking or semiconductor industry where damage to small components is costly. With 'No Touch Robotics' that doesn't need high-precision grippers, conventional robots can be replaced for economical micromechanics.