Destiny 2 is on its way

With multiple landing zones, a player can plan out their missions quite well in Destiny 2. 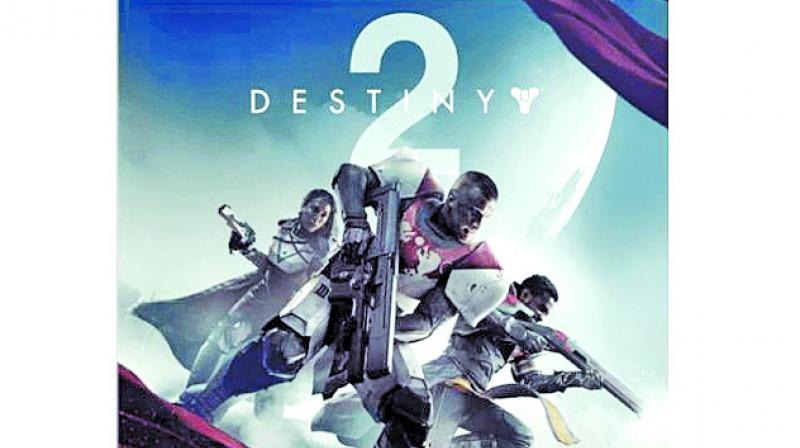 A brand-new event called Lost Sectors has also been introduced, a sort of dungeon like feature with great loot and tough bosses.

We finally have a clearer picture of Destiny 2 but take it with a grain of salt. The PC community has been craving for Destiny from Day 1, and now it seems their prayers have finally been answered. Destiny 2 will indeed launch on PC in all its glory supporting 4k, uncapped framerates and 21:9 ultrawide resolutions! Perfect, isn’t it? Well not really. While the announcement specifically mentions the console versions of the game will be launching on September 8, 2017, the PC version is set to launch later and we all know how that turns out. Moreover, the PC version is being worked on by a completely different studio, so there’s that as well. Also, there’s the little problem of servers, Game Producer Mark Noseworthy said in a talk with IGN that the game will not have dedicated servers.

With the director of The Taken King (Destiny’s highly rated expansion) at the helm for Destiny 2, most people seem quite excited for Destiny 2. The game comes with four new planets to explore: Nessus, IO, Titan and a brand-new region on earth called European Deadzone. Players will now be able to select multiple landing zones and plan out their missions, partake in new patrols, public events, find treasure maps for loot hunting and more. A brand-new event called Lost Sectors has also been introduced, a sort of dungeon like feature with great loot and tough bosses.

In terms of gameplay, the standard modes for pvp 3v3 and 6v6 have been replaced by a 4v4 with more objective like games coming in as well. The three classes Hunter, Warlock and Titan will all be making a return however they will come with a few tweaks and changes to keep them fresh.

Destiny 2 is set to launch on September 8, 2017, for PlayStation 4 and Xbox One, with no word on the PC version, though it will come with all the extra feature you would expect from standard PC title.