Game for some great fighting?

Big budget fighting games are a rarity these days but Injustice 2 packs it all with a punch. 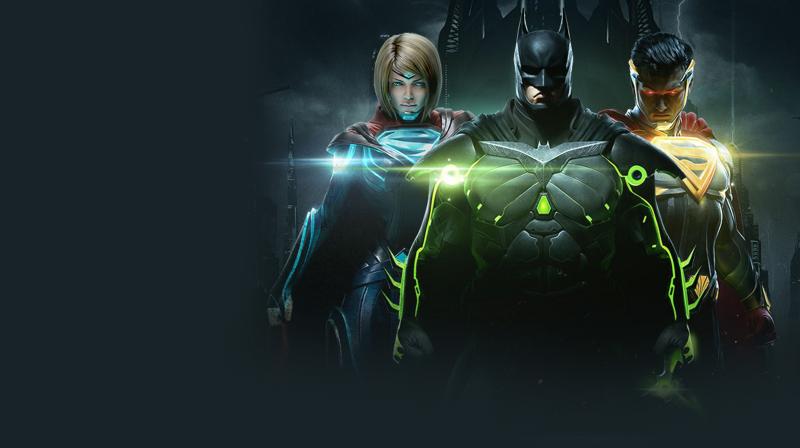 Superman was hell bent on killing every criminal in order to completely eradicate crime before Batman locked him up.

Developer NetherRealm Studios had already released a hit with 2011’s Mortal Kombat but the audience realised their full potential when they launched Injustice: Gods Among Us in 2013. They understood how to make a great fighting with solid mechanics, an engaging story and lots of content.  It was no surprise that their success continued with Mortal Kombat X, which further increased the hype for now recently released Injustice 2.

The story of Injustice 2 builds upon the setting introduced in the first game. Superman was hell bent on killing every criminal in order to completely eradicate crime before Batman locked him up. But as new threats emerge, Batman is forced to either seek the help of Superman or deal with his foes before it’s too late. Braniac serves as primary antagonist with Grodd as the leader of a group of villains. The different morals of Batman and Superman are the central theme of the story, while Supergirl also gets a lot of screen time.

The structure of the main story is similar to their previous games. Cutscenes and 1v1 fights follow each other at a breakneck pace until you reach the end of the chapter and the story progresses further. Each chapter consists of around four fighting character, with some letting you choose between two playable characters.

As expected from NetherRealm Studios, the story mode of Injustice 2 is packed with well-directed action sequences, especially the cutscenes that bridge the gap between chapters. The facial animations are some of the best I have seen on current hardware and the story is interesting, engaging and more importantly entertaining for the entirety of its duration. It lasts for around five-six hours but players can replay certain fights with different characters as well as go through the game’s alternate ending.

Combat has not changed much from the previous game. Each fighter has unique moves ranging from special, super and character specific abilities. A metre fills as you give or take damage and players can use one bar of this metre to unleash a more powerful version of their special moves. The returning clash system lets you put your super metre on the line and the winner either deals bonus damage or regains some health depending upon whether they were attacking or defending.  Stage transitions are back in addition to environmental grapples. It has an extremely solid fighting system that barely needs any more tinkering, although I would’ve appreciated more combat options.

Injustice 2 has a gear system which allows you to customise the look of your fighter and alter four base stats. Much like an RPG, equipment can be used in different body slots in order to increase these stats. They can be obtained by completing challenges or from loot boxes that can be purchased using in-game currency. After beating story mode, fans of single player can head over to the multi-verse which offers timed challenges, usually with special stipulations. These offer rewards in the shape of loot boxes, gear and currency. Those looking forward to playing online will be pleased with the netcode and the relative ease of jumping from match to match.

Injustice 2 is a complete package. Big budget fighting games are a rarity these days but Injustice 2 compliments its high production values with great fighting mechanics, an engaging story, excellent netcode and tons of content. Whether you want to actively participate in the competitive scene, or you just want to experience a good story set in the DC universe, Injustice 2 is a must play.