Safety systems that warn drivers of vehicles in their blind spots are living up to their potential to reduce crashes significantly. 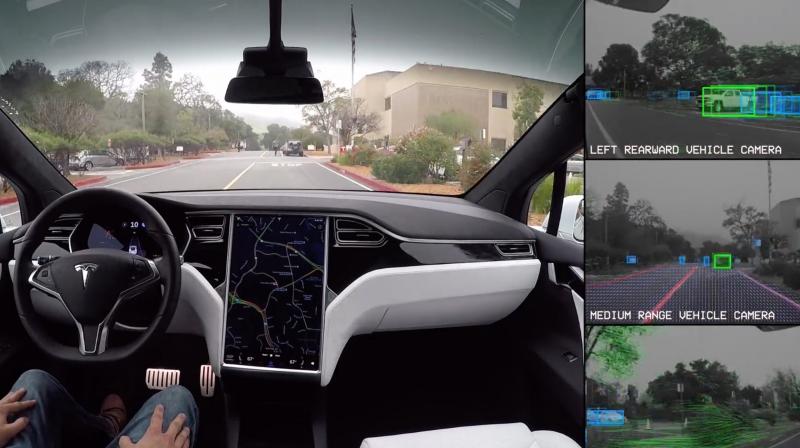 At the same time, research by the Insurance Institute for Highway Safety raises concern that drivers may be less vigilant when relying on automated safety systems or become distracted by dashboard displays that monitor how the systems are performing.

Safety systems to prevent cars from drifting into another lane or that warn drivers of vehicles in their blind spots are beginning to live up to their potential to reduce crashes significantly, according to two studies released Wednesday.

At the same time, research by the Insurance Institute for Highway Safety raises concern that drivers may be less vigilant when relying on automated safety systems or become distracted by dashboard displays that monitor how the systems are performing.

The two institute studies found that lane-keeping systems, some of which even nudge the vehicle back into its lane for the driver, and blind-spot monitoring systems had lower crash rates than the same vehicles without the systems.

The lane-keeping study looked at police crash data from 25 states between 2009 and 2015 for vehicle models where the systems were sold as optional. Lane-keeping systems lowered rates of single-vehicle, sideswipe and head-on crashes of all severities by 11 percent, and crashes of those types in which there were injuries, by 21 percent, the study found.

Because there were only 40 fatal crashes in the data, researchers used a simpler analysis that didn't control for differences in drivers' ages, genders, insurance risk and other factors for those crashes. They found the technology cut the fatal crash rate by 86 percent.

That's probably high, said Jessica Cicchino, the institute's vice president for research, but even if lane-keeping systems cut such crashes by half it would be significant, she said. Cicchino said about a quarter of traffic fatalities involve a vehicle drifting into another lane.

"Now we have evidence that this technology really can save lives and has the potential to prevent thousands of deaths once it's on every vehicle," Cicchino said.

If all passenger vehicles had been equipped with lane departure warning systems in 2015, an estimated 85,000 police-reported crashes would have been prevented, the study found.

A second institute study of blind-spot detection systems - usually warning lights in side mirrors - found the systems lower the rate of all lane-change crashes by 14 percent and the rate of such crashes with injuries by 23 percent. If all passenger vehicles were equipped with the systems about 50,000 police-reported crashes a year could be prevented, the study found.

Lane-keeping, blind-spot monitoring, and automatic braking systems, which can prevent rear-end crashes, are some of the building blocks of self-driving car technology.

Greg Brannon, the Automobile Association of America's director of automotive engineering, called the institute's studies "encouraging." But he cautioned that is "critical that drivers understand the capabilities and, more importantly, the limitations of the safety technology in their vehicle before getting behind the wheel."

For all the promise technologies hold to enhance safety, researchers are also concerned that they are changing driver behavior.

A separate study by the insurance industry-funded institute and the Massachusetts Institute of Technology's AgeLab found that drivers using automated systems that scan for parking spots and then park the car spend a lot more time looking at dashboard displays than at the parking spot, the road in front or the road behind. That was true even when the systems were searching for a parking spot and drivers were still responsible for steering.

Drivers using parking assist systems spent 46 percent of their time looking at the dashboard while approaching and selecting a parking spot compared to just 3 percent when not using the systems.

Drivers of vehicles equipped with blind-spot monitoring have also told researchers that they don't look behind them as often when changing lanes because they rely on the safety systems.

While the safety systems are reducing crashes, "it's still possible that there are some crashes that are happening that wouldn't have happened before because people are now behaving in different ways," Cicchino said.

Persuading drivers to use safety technology can also be a hurdle. An institute study released in June found lane-keeping systems are turned off by drivers nearly half the time. Drivers often find the beeping or buzzing warnings irritating.

Automakers, taking note of the problem, appear to be switching to systems that vibrate the steering wheel or driver's seat, Cicchino said.

"The vibrating is often more subtle than the beeping," she said. "When a system beeps, it's telling everybody in the car you did something wrong."