Riding into the wild west! 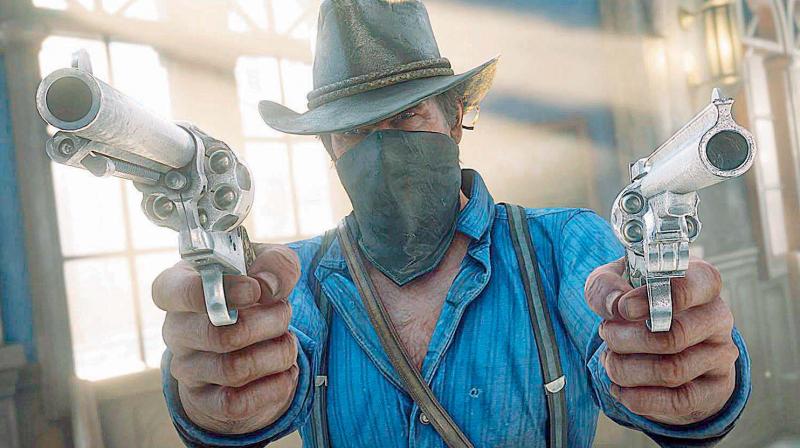 Red Dead Redemption 2 is expected to be a generation defining game and given rockstar’s success with GTA Online, I expect Red Dead Online to be a smashing success as well.

We are mere days away from what is arguably the biggest game of the generation, Red Dead Redemption 2. Here’s what you need to know as you get ready for your own wild west adventure.

Platform
Rockstar’s western epic is launching on current generation consoles ONLY ie Xbox One and PlayStation 4, however given the success of GTA V on PC I have no doubt we will see it on PC sometime in 2019. Red Dead Redemption 2 will launch on 26th October 2018 with a standard edition, Special Edition and Ultimate Edition available; all of which come with various different rewards and bonuses.

Online
Red Dead Online, a clear evolution of the mammoth that is GTA Online, will play a big role in post game content. Get ready to roam the wild west with your friends, run heists, purchase property and more. However, don’t expect Red Dead Online till late November, however once again going by the GTA Online launch learnings, it might take longer.

Plot
Red Dead Redemption  is actually set before the events of the hit original. Set in 1899 you follow Arthur as he finds his way balancing allegiances between gangs and the long arm of the law. You will come across various gangs, bounty hunters and notable characters along the game, so make sure you talk to as many people as you can.

Open World Fun
Roam the wild west, meet new characters, hunt rare animals and more, with one of the largest and most diverse open world experiences in Red Dead Redemption 2. Hunting plays a major role with over 200 different species featured in the game! Use the right bait for fish, find the perfect horse breed for yourself and of course don’t let the meat rot!

Red Dead Redemption 2 is expected to be a generation defining game and given rockstar’s success with GTA Online, I expect Red Dead Online to be a smashing success as well. Personally I can’t wait for it to come to PC, but for now it seems Console Gamers have an awesome game on the horizon!