Technology   In Other news  24 Oct 2019  Apple: Selena Gomez's 'Lose You To Love Me' music video was shot on the iPhone 11 Pro
Technology, In Other news

Apple: Selena Gomez's 'Lose You To Love Me' music video was shot on the iPhone 11 Pro

iPhones have slowly gained more popularity in the cinematography world, with things getting better with the newer iPhone 11 series. 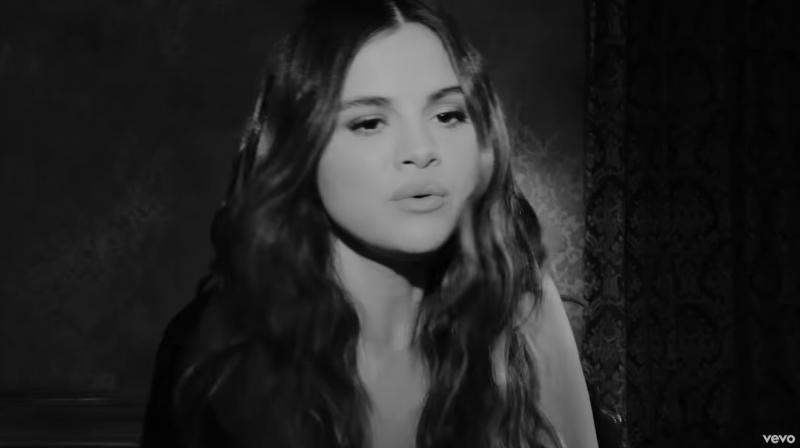 The video is monochromatic and filled with transitions to add to the effect.

iPhones are becoming more popular in the cinematography world. Here are a few other examples where iPhones were used

• After shooting “Unsane” and “High Flying Bird” on iPhone, director Steven Soderbergh said shooting movies on iPhone is “the future” and "one of the most liberating experiences that I’ve ever had as a filmmaker."
• Runaway Sundance success Tangerine was shot entirely on iPhone 5s, was picked up by Magnolia Pictures, and star Mya Taylor made history at the Spirit Awards in 2016, becoming the first transgender actress to win a major film award (best supporting actress) for her work.
• Sean Baker recently used iPhone for The Florida Project to create a "rolling shutter" finish to give his scenes a "very different, jarring feel."
• La La Land director Damien Chazelle created the opening number for the award-winning film on his iPhone.
• Modern Family producer and director Steve Levitan shot an entire episode on iPhone, iPad Air and Mac.
• Olivia Wilde and her DP Reed Morano (Handmaid's Tale) used iPhone to shoot a music video for Edward Sharpe & The Magnetic Zeros. Olivia told Mashable she hopes the project "encourages people to shoot films that look professional on a device they already have."
• Filmmaker Matthew Cherry created the short film 9 Rides following the "rollercoaster night of an Uber driver" on iPhone telling Blavity "we wanted to prove that it didn't matter what you shot with, iPhone or Red Camera, a good story is a good story, and you need to tell your story by any means necessary."
• Brands including New Balance, Bentley (not once, but twice) and artists including Kanye West and LeAnn Rimes have also shot projects using iPhone.

Why Directors and Cinematographers are choosing iPhones

• Immediacy and intimacy: Directors say they’re able to shoot scenes quickly and move forward with production without the cumbersome logistics of a large production when shooting on iPhone. Additionally, it is much easier to capture authentic and intimate scenes because the intimidation factor is removed given the comfort level most people have with an iPhone.
• Impressive color accuracy: iPhone 11 Pro does not oversaturate images, but instead focus on letting customers shoot what they see, making post-production faster.
• Video capture flexibility: iPhone offers flexibility for shooting in various resolutions and frame rates.
• With iPhone 11 Pro, you can also shoot, edit and export in 4K at 60 fps, which is being used more and more in the industry to capture incredibly high-quality content.

Create your next video masterpiece with iPhone 11 and iPhone 11 Pro. The highest quality video in a smartphone is now even better with cinematic video stabilization and extended dynamic range at 4K 60fps. You get more creative control, too, with four times more scene and powerful new editing tools to edit your cinematic masterpiece.

iPhone 11 and iPhone 11 Pro have the highest quality video in a smartphone with extended dynamic range for more highlight detail and cinematic video stabilization. To record 4K video go to Settings -> Camera -> Record Video -> Select 4K at 30 fps or 4K at 60 fps. Higher frames rates are great for capturing fast motion and action. Once you’ve selected 4K at 30 fps or 4K at 60 fps, you will notice a badge in the Camera app when you’re recording video.

You can capture short videos in Photo mode with QuickTake. Simply hold the shutter to start recording. Want to keep the recording going? Swipe right. To take burst photos, swipe the shutter left.

Shoot selfie videos in 30fps and 60fps Expressive selfie videos take on a whole new look on the TrueDepth camera, now recording 4K video at up to 60 fps, with extended dynamic range up to 30 fps.

The Ultra Wide camera is great for shooting action videos. Here are a few tips on how to use the Ultra Wide camera when shooting your next video:
• Try different angles or artistic effects that elongate your subject or exaggerating things closer to the camera
• Focus on beautiful landscapes you could not get the full frame with the standard wide camera
• Try capturing a subject in a tight space where you cannot back up