The app now allows you to add more people to in-progress video chats. 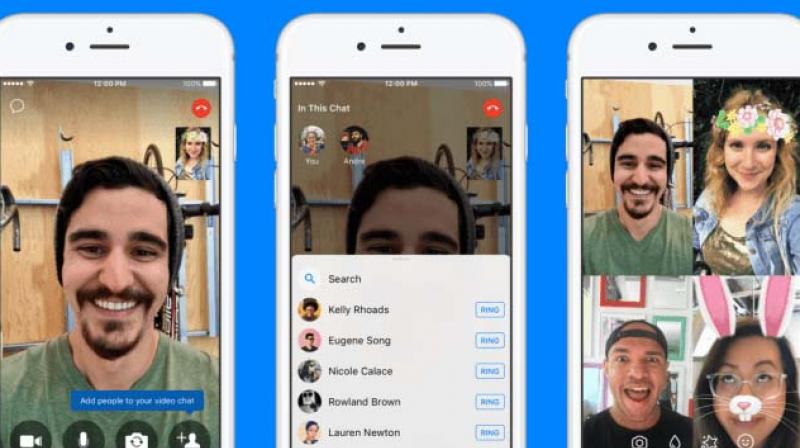 Facebook Messenger launched group audio and video calls in 2016, which was one of the leading messaging apps to provide video calls.

Facebook Messenger now lets users add more friends and family members to voice or video chats, while still talking. This was not possible earlier as users had to hang up one call first and go through the entire process of adding a person and then restart the call.

This new feature is a time-saver for users, as they would only have to tap the screen to find the ‘add person’ icon, while the call is in progress. Once the call is over, the user will be part of an automatically created group chat in the Facebook inbox.

While a group chat allows user to see only about six people at a time, the group call enables up to 50 people to join in. Another interesting feature is that, after six people have joined the call, the main person speaking will be shown on-screen.

This new feature is available now on both Android and iOS.

Facebook Messenger launched group audio and video calls in 2016, which was one of the leading messaging apps to provide video calls. The company does no seems to be slowing down when it comes to adding new features to this app, despite the app becoming more cluttered with each addition.