It only makes sense to stop feeding more data to behemoths such as Google and Facebook. 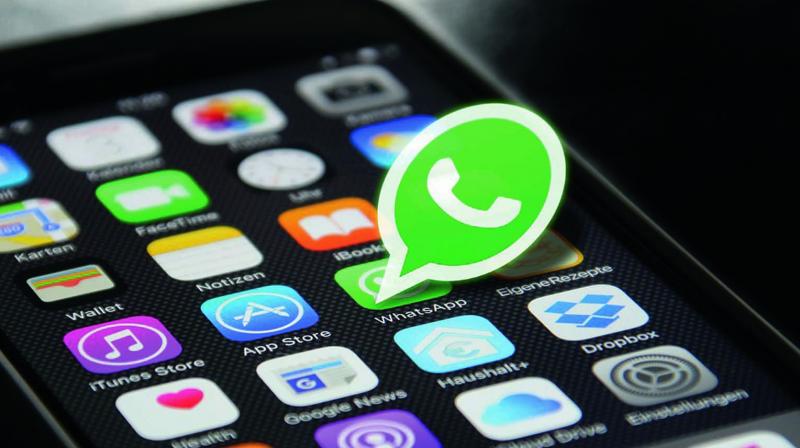 Google already has access to the amount of personal data that's beyond your imagination.

Facebook's recent data scandal is a reminder of how big tech corporations see your data as a business opportunity. You can never vouch for any of these companies to be innocent. But, the least you can do is ensure that no company gets access to all your data. Since a majority of the population uses Android devices, Google already has access to the amount of personal data that's beyond your imagination. iPhones fair slightly better when it comes to privacy. But, with prices going as high as Rs 98,000, buying an iPhone is not really a solution. Facebook also knows too much about you. Therefore, it only makes sense to stop feeding more data to these behemoths. So, let’s begin by moving away from messaging services such as WhatsApp, Messenger, and Allo. To save you from the hassle of finding an alternative, we have handpicked a few messaging services that aren't evil (yet). 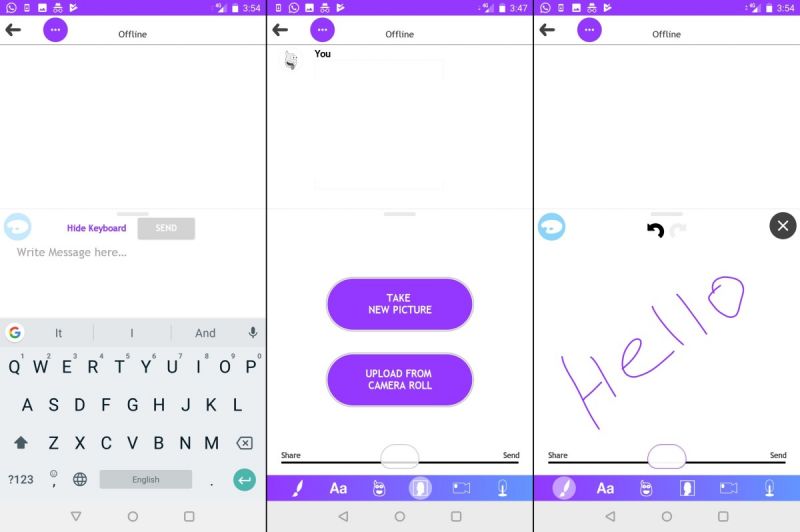 Developed by a Luxembourg based start-up, this messaging service focuses on creativity. In addition to expressing yourself with text, it lets you communicate using sketches, stickers, photos, audio files, and video. Unlike the apps from our not-so-friendly neighbour, you don't have to pay for stickers or any other features in Wafer Messenger. More importantly, the company recently made it clear that it believes in ‘Absolute Privacy’ of its users. It claims that other players in the industry may carry out data mining practices on its users, but it will never do such thing. If you are jumping the ship from WhatsApp, give this feature-rich app a shot. 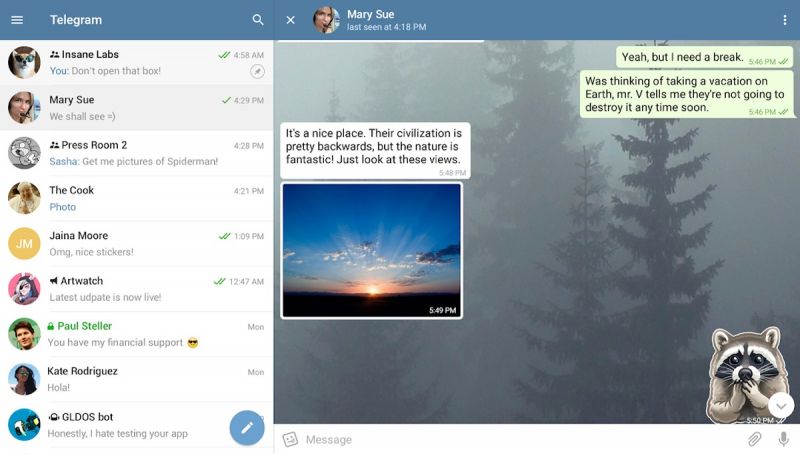 The brainchild of Russian entrepreneur Pavel Durov, Telegram messenger is known for its robust security. To avoid the government data requests, the company does not even reveal the location of its offices. Telegram enables its users to send messages over major mobile and computer platforms. The app also offers secure voice call service. Time and again, Telegram has refused to hand out data to governments across the globe. As a consequence, Telegram has been partially or completely blocked in Iran, Bahrain, Pakistan, and Russia. Making it an ideal choice if you care about the privacy.

Signal has its roots in Android apps TextSecure and RedPhone developed by Whisper systems. Twitter acquired this company, killed these apps, but eventually one of its creators Moxie Marlinspike resurrected those apps as Signal. This messenger is known for robust end-to-end encryption for messaging and calling. The company claims that even they can't read your messages or see your calls. Choosing user privacy over profits, Signal has so far resisted VC findings. It goes on to tell that "When we receive a subpoena for user data and have nothing to send back but a blank sheet of paper". 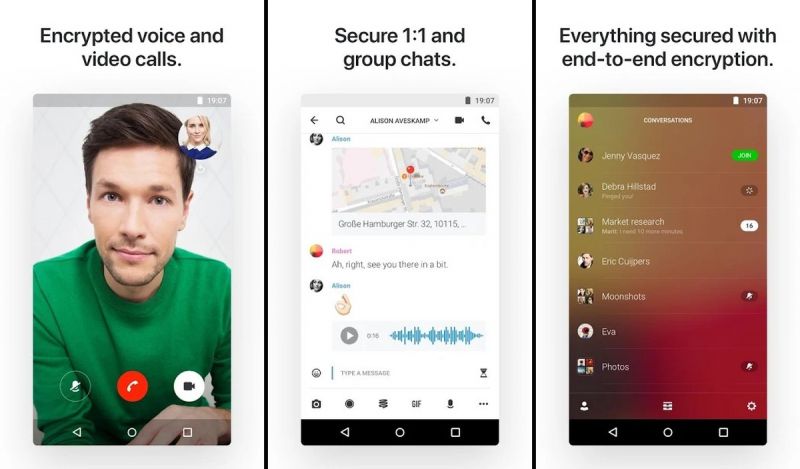 Wire messenger is developed by Wire Swiss company. The app lets you send text messages, share files, and make voice and video calls. All of this is secured by end-to-end encryption. The company claims that its messengers are compliant with European privacy laws. The wire has even made its code open source so that independent security experts can review it. It has an interesting feature that allows users to log in with multiple accounts and easily switch between them. This is ideal for separating your personal and professional chat. The app has impressive call quality, which shouldn't come as a surprise since many of its engineers previously worked for Skype. 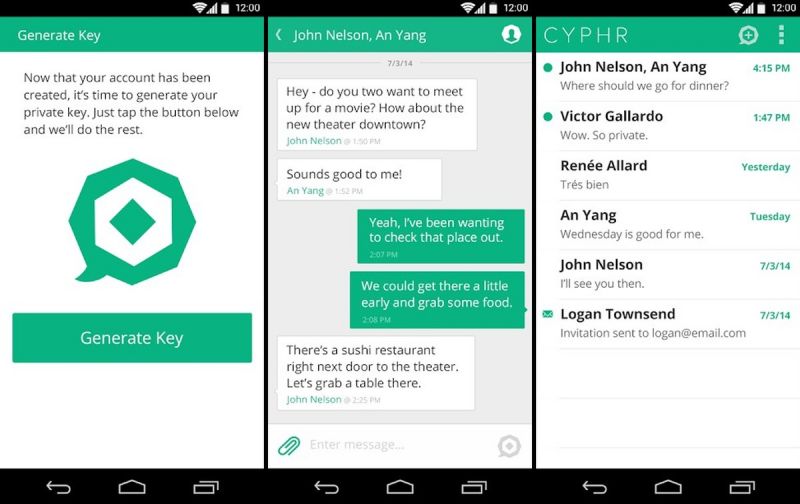 Golden Frog, known for its security products, entered the messaging arena with Cyphr. It is promoted as a zero-knowledge messaging app. This means that the company can't read, decrypt, or share your messages. Cyphr claims that its messaging system generates a unique public and private key pair so only you and your friend can read your conversation. Golden Frog goes on to add that Cyphr is built ground up with privacy in mind. The company does not store your geo-location data, IP address, device platform, app version, or your device ID. Sounds like an ideal fit for those who don't wish to be tracked.