SoftBank, Alphabet to put cellphone antennas in the sky

Loon carries the gear with a large balloon, while HAPSMobile uses a large drone. 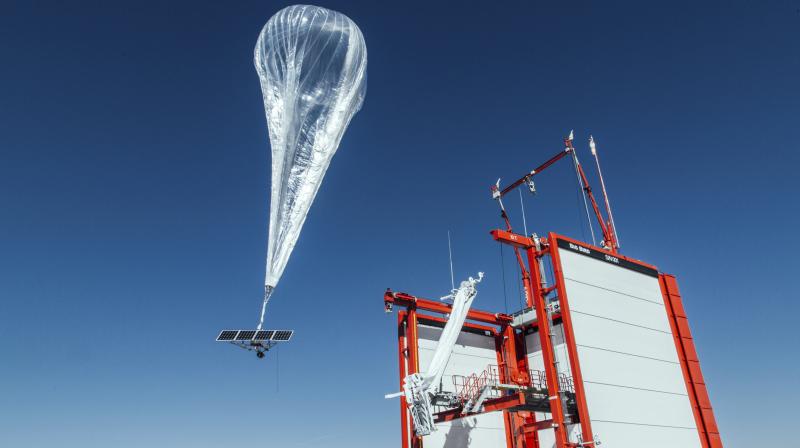 Despite internet coverage gaps in rural areas or during natural disasters, mobile network operators, governments and other potential customers have yet to demonstrate much enthusiasm for buying skyborne technologies.

A SoftBank Corp business seeking to find a way to fly cellphone antennas high in the atmosphere to provide internet in underserved areas said on Wednesday it was investing $125 million in an Alphabet Inc spinoff working on the same problem.

SoftBank’s year-old HAPSMobile and Alphabet’s Loon, which spun out last July from the research incubator of the Google parent, separately have been trying to fly networking equipment at high altitudes to provide high-speed internet where ground-based towers are unreachable.

Loon carries the gear with a large balloon, while HAPSMobile uses a large drone.

Despite internet coverage gaps in rural areas or during natural disasters, mobile network operators, governments and other potential customers have yet to demonstrate much enthusiasm for buying skyborne technologies.

Also in the competition to fill the coverage gaps are several billionaire entrepreneurs, including Elon Musk, Richard Branson and Jeff Bezos. Each is backing separate early-stage ventures that want to beam internet from satellites in near-Earth orbit.

Loon and HAPSMobile said on Wednesday that collaboration could be the key to adoption. They are discussing the possibility of using each others’ technology, standardizing their airborne and ground networking gear and joining forces in regulatory discussions, they said in a statement.

The companies described their partnership as a “long-term” tie-up of one of Japan’s top three wireless carriers and one of the world’s biggest tech companies.

“I’m confident we can accelerate the path toward the realization of utilizing the stratosphere for global networks by pooling our technologies, insights and experience,” Junichi Miyakawa, SoftBank’s chief technology officer and HAPSMobile’s chief executive, said in the statement.

“Even in this current era of coming 5G services, we cannot ignore the reality that roughly half of the world’s population is without internet access,” Miyakawa added.

Loon has tested balloons for nearly a decade and expects to hold its first commercial trial in Kenya this year.

HAPSMobile emerged from technology developed by dronemaker AeroVironment Inc, which owns 10 percent of the SoftBank subsidiary.

Loon said it has the option to later invest $125 million in HAPSMobile.