Will No Man’s Sky Next be enough to win players back, after all the delay? 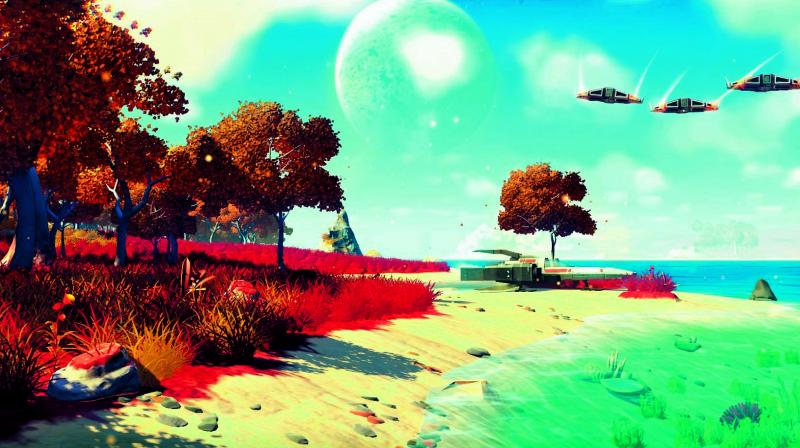 No Man’s Sky Next is now available on Xbox One and as a free update to owners of the PS4/PC version.

No Man’s Sky is easily one of the most controversial games of this generation. After multiple delays, the game had launched in a shallow state, missing a lot of the features that were promised. Players had also figured out that there wasn’t much depth to it, once the vanity of exploration faded away. But developer, Hello Games, has quietly been working on improvements and adding new features, and it’s all coming together with the launch of No Man’s Sky Next. But the question remains, will it be enough to win players back?

Along with an Xbox One release, No Man’s Sky Next is a vast overhaul of the original game. If you have not touched the game since its initial release, features such as base building, land races, perma-death mode have all been added in previous updates in addition to new story content and a mission system that actually gives exploration and progress some meaning.

The latest update finally includes multiplayer as you can now team up with friends or random players and explore together. You can build colonies or choose to sacrifice others for your own benefit. Character customisation, third person view and improved base building are all a part of this update as well. Most notably, No Man’s Sky has undergone a complete visual overhaul and looks like a completely new game. The plant life, textures, level of detail as well as other visual effects drastically change the image you see on screen. While the quirky style of the game was fine when it was revealed, it kind of added to the blandness of it all over time.

All these changes, along with improvements Hello Games have made over the past two years, have generated a lot of buzz for the game. It seems like the game will finally live up to its promise, and more, and it can be treated as a fresh beginning for the game and the studio. No Man’s Sky Next is now available on Xbox One and as a free update to owners of the PS4/PC version.