Members of Bolsonaro’s inner circle are alleged to have run a social media campaign to discredit the Supreme Court and threaten its judges. 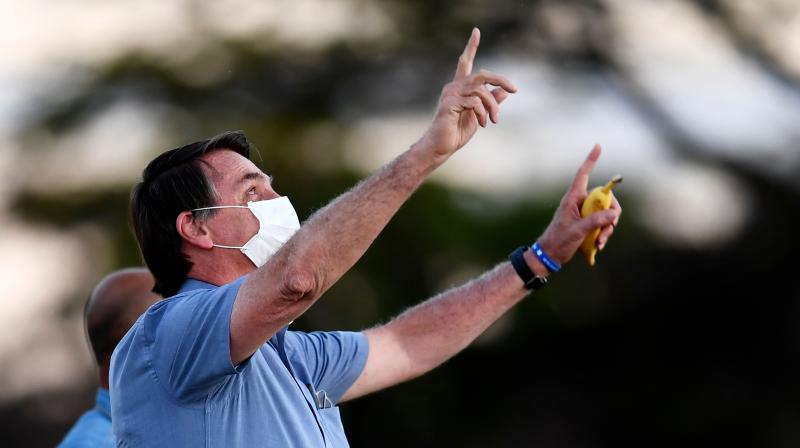 Rio De Janeiro: Twitter and Facebook suspended the accounts Friday of 16 allies of Brazilian President Jair Bolsonaro after a Supreme Court judge ordered them blocked as part of a probe into an alleged disinformation campaign.

Tension has been soaring between the far-right leader and the court, which is investigating allegations that members of his inner circle ran a social media campaign to discredit the court, as well as slander and threaten its judges.

The two US social media giants are also facing increasing pressure to act more aggressively against hate speech and false information on their platforms.

Justice Alexandre de Moraes said in his court order—which enforced an earlier May ruling—the accounts must be blocked to stop “the ongoing dissemination of fake news, slanderous accusations, threats and crimes” against the court.

Visitors to their Facebook and Twitter pages in Brazil, though not other countries, saw messages indicating they were blocked.

A linked message said the company “was compelled to withhold the original Tweet in response to a valid legal demand, such as a court order.”

The owners of the blocked accounts reacted furiously.

Winter called the court order worthy of a “dictatorship,” while Jefferson drew a comparison to Nazi Germany.