Technology   In Other news  25 Jul 2020  With Microsoft's help, NBA fans will now feature on 17-foot video boards at games
Technology, In Other news 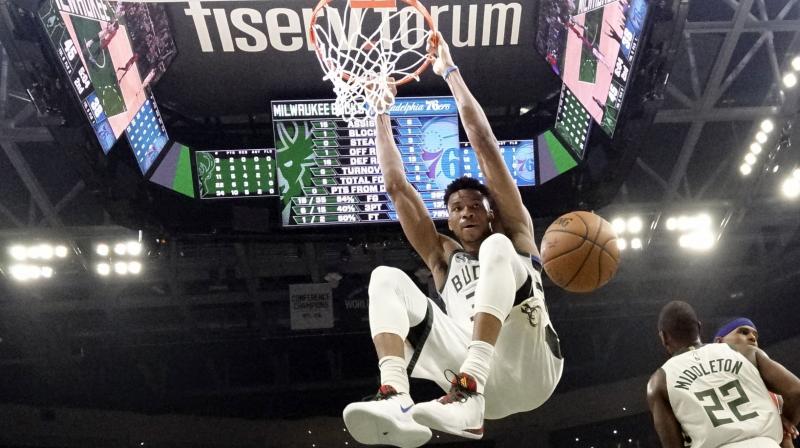 Under the NBA’s virtual video experience, fans will be removed from their individual backgrounds and brought together in a shared visual space seen in the venue and on game broadcasts. (File Photo | AP)

New York: When the NBA season resumes Thursday in a Florida quarantine bubble, fans will be able to appear virtually on giant video boards around the court as part of digital technology enhancements.

Heads and chests of more than 300 fans per game will appear on boards at the sides and ends of courts on 17-foot video boards, five rows of people on each bringing a look of spectators when none will be courtside.

The coronavirus pandemic shut down the 2019-20 NBA season on March 11 when Utah’s Rudy Gobert tested positive for COVID-19.

Months of planning led to an isolation bubble restart plan at Walt Disney World in Orlando with 22 teams finishing the campaign and the NBA playoffs set to begin in August.

The first experience of an NBA strategic alliance with Microsoft will be the tech firm’s “Together Mode,” part of broadcast enhancements that include previously unseen camera angles, some from camera’s operated robotically, and enhanced audio of more player shouts and shoe squeaks.

Under the NBA’s virtual video experience, fans will be removed from their individual backgrounds and brought together in a shared visual space seen in the venue and on game broadcasts. Fans can remain safe from the virus at home while their cheers and energy can provide a measure of in-venue support for players.

Music DJs and announcers will be used at venues to help replicate natural sounds from typical NBA games.

Fans can also cheer for teams through NBA social media, virtual cheering to be reflected with animations and graphics to reflect the level of global fan engagement.

“Working with our broadcast and technology partners, we are excited to unveil a series of enhancements that will bring fans closer to the game and allow them to personalise their viewing experience,” said Sara Zuckert, the NBA head of Next Gen telecast.

“Our goal is to create an enjoyable and immersive experience where fans can engage with each other and maintain a sense of community as we restart the season under these unique and challenging circumstances.”