Technology   In Other news  25 Aug 2020  US descends into brief chaos as Zoom outage brings online schooling to a halt
Technology, In Other news

Schools, governments and offices depend on Zoom for their operations, and everything grinds to a halt without this ‘essential utility’. 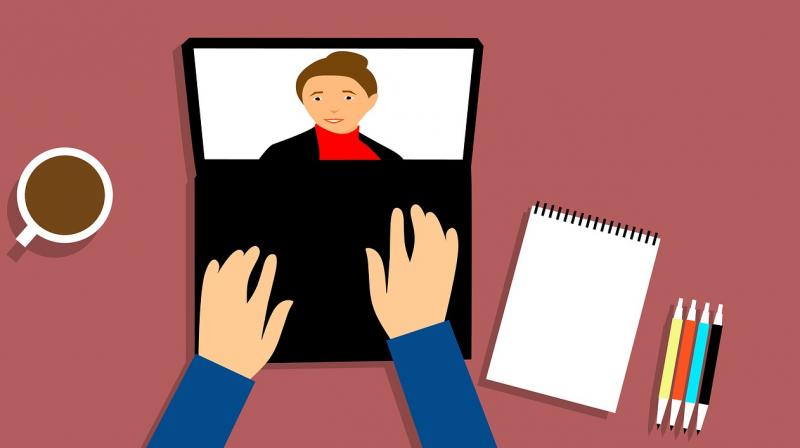 “You become so accustomed to the software working, then (when it doesn’t) you realise how dependent you are on the software and it’s a little scary,” a Zoom user said. (Photo | Pixabay - Mohamed Hassan)

New York: Teachers and parents got a brief glimpse of a new kind of pandemic-era nightmare Monday when Zoom — the video-conferencing service that powers everything from distance learning to business meetings to casual, socially distant get-togethers — abruptly went dead.

For roughly two-and-a-half hours Monday morning, many users were unable to load the Zoom website; others could neither host nor join scheduled meetings. Zoom fixed the problem by 11:30 am ET, the company reported on its status page.

The timing was less than ideal, since many schools across the US were just starting online instruction after a summer surge in the coronavirus pandemic scotched many plans to reopen classes with students present in the flesh.

“Today was horrible,” said Jacqueline Donovan, a professor at Broward College in Broward County, Florida. Her 12-year-old daughter Michaela and 14-year-old son Jayden were trying to log onto Zoom classes, but unable to.

“They were both anxious,” she said. Meanwhile, Donovan herself was trying to hold her first class, an introduction to business, and getting frantic emails from her own students. Her class was eventually cancelled.

“You become so accustomed to the software working, then (when it doesn’t) you realise how dependent you are on the software and it’s a little scary,” she said.

Zoom did not disclose the cause of the problem, which appeared to hit both coasts of the US especially hard. Its shares fell less than 3% during regular trading.

Grade schools, high schools and universities are relying on Zoom and competing technologies like Microsoft Teams to teach remotely and reduce the chance of infection during the pandemic. Schools began opening over the past month with a wide array of in-person, hybrid and online schooling plans. In 2019, during a normal school year, about 80 percent of elementary and secondary schools had opened by the last week of August, according to Pew Research.

Internet services from Facebook to Amazon go down all the time, but few have become so crucial to companies, government and. These days, when Zoom goes down, it’s more like a power outage or phones going dead, making it a modern sort of utility for a nation still enduring the ravages of COVID-19.

Zoom and similar services “have been elevated to what we call ‘mission critical applications,’” said technology analyst Tim Bajarin, president of consultancy Creative Strategies. “They’re no longer nice to have, they’re now must have.”

While Zoom has built up server farms and spent millions investing in its software, it was still a relatively nascent company when the coronavirus hit in March, Bajarin said. “The bottom line is, software glitches happen.”

Bryan Grant in Crystal Lake, Illinois, had just corralled his 3 ½-year old twins and 5-year-old son in front of computers to start their first days at pre-school and kindergarten. Then came an urgent message from their school, 30 minutes ahead of classes, to use Google instead.

He rushed to install the software and sign in, but the classes descended into semi chaos as the children in the kindergarten class unmuted themselves, something they can’t do on Zoom. His five-year-old was nearly in tears as he tried to follow the rules and raise his hand for a question, but was talked over by other kids who unmuted themselves.

“It was very difficult to change on the fly like this, to something we’re very familiar with on Zoom, to the other Google product,” he said. “We were prepared for one thing and this completely did a 180 on all of us, it was pretty difficult today.”

Grant, who also uses Zoom for his job as a financial aid specialist, thinks the country may be almost too dependent on one product.

“It actually does really show you how much we are all depending on Zoom,” he said. “It should be considered essential. Every effort needs to be made to make sure this is available for everyone.”

Darlene DiFrischia in Greeley, Colorado, figured her daughter’s first day of kindergarten on a laptop was going to be challenging no matter what. But the Zoom outage made it worse. Their first meeting of the day was canceled, but eventually they made it online. “The teacher was great, she found a way to make it work,” she said.

DiFrischia said she fought to keep her spirits up for her daughter, as she expects she’ll have to for quite some time.

“It’s their kindergarten year —  I can’t be grumpy about it because it has to be magical, so we have to fake it,” DiFrischia said. “This whole year to me is just going to be hilarious. It has to be, or I’ll cry every day.”