A new app called Spelfie is a movement of people who want to change the world and make a difference through imagery. 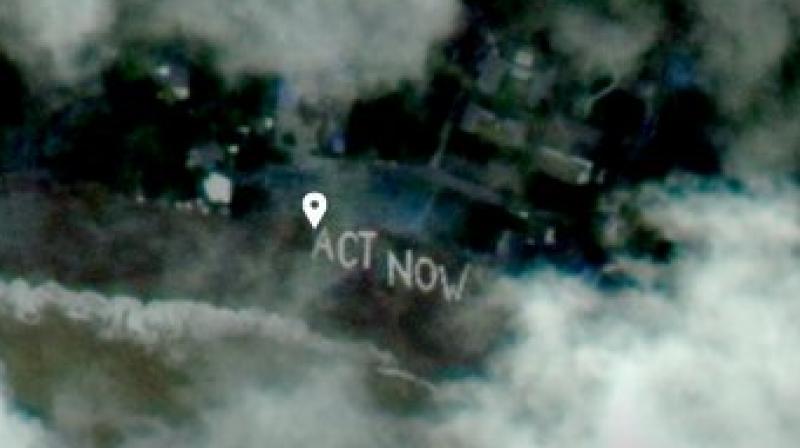 Spelfies are the new trend in selfies where you can capture an image from space.

After NASA introduced an app that allows you to pilot some of the world’s most popular spacecrafts, a new app now gives you the ability to take selfies from space. The app Spelfie won’t take a complete portrait of you like other run-of-the-mill selfie apps; instead, it is a free app that allows you to click a picture of yourself from space using Airbus’ Earth-observation satellites.

The app allows you to snap images of the area in the vicinity of your location but doesn’t have the capability to capture portraits of you. However, it can capture trees and cars around you and the other limitation is that the satellites cannot see through clouds.

As per a report by Mashable, “The spelfies (space selfies) will allow you to capture images of crowds at massive events like concerts or matches with a completely new perspective. A spelfie is an event that has to be organized at a place and time. A user would be presented with these events on the app after confirmation by partners and sponsors. The user can attend the event and the spelfie would be available on the same day.”

Mission Control is honoured to have been part of Isabel and @BBPB_bali's inspirational campaign, fighting to reduce plastic pollution on the island of Bali.🏝️

The report states that the first selfie of this kind was taken of Bali in Indonesia by a group of villagers in June 2019.In the picture, the words “Act Now” can be seen as the group was raising awareness about plastic pollution that has destroyed their tropical paradise. This was done as a part of a BBC documentary called “Saving our Beautiful Bali” about Isabel Wijsen who is an environmental activist.

Chris Newlands, CEO of Spelfie in a statement said, “Spelfie is a movement of people who want to change the world and make a difference through social media and imagery.”