Technology   In Other news  25 Dec 2019  Exhibition in China reflects on loss of anonymity to recognition technology
Technology, In Other news

Exhibition in China reflects on loss of anonymity to recognition technology

It offers a rare public space for reflection on increasingly pervasive surveillance by tech companies and the government. 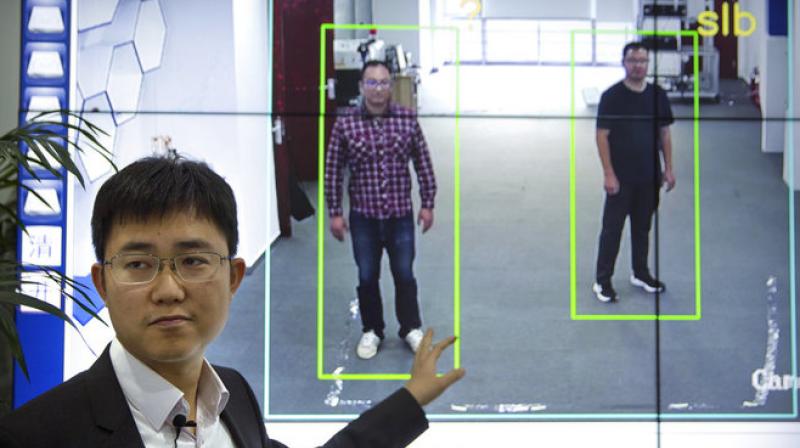 The exhibition features a facial recognition system that visitors can opt out of, to draw attention to the inability to opt out in public (Photo: Representational/AP)

An art exhibition exploring the impact of facial recognition technology has opened in China, offering a rare public space for reflection on increasingly pervasive surveillance by tech companies and the government.

Hosted jointly by the southern mainland city of Shenzhen and its neighbour Hong Kong, the Bi-City Biennale of Urbanism and Architecture features more than 60 installations from Chinese and foreign artists exploring the loss of urban anonymity brought about by technological change.

The “Eyes of the City” exhibition is being held at Shenzhen’s Futian station, the first mainland stop on a high-speed rail link that opened in 2018 amid apprehension in Hong Kong about its deepening integration with mainland China.

“Stations have traditionally been a place of anonymity, but they’re becoming places where actually everything is known,” the show’s chief curator, Massachusetts Institute of Technology professor Carlo Ratti told Reuters.

“This is one of the things we want to discuss.”

The exhibition comes at a sensitive time in China.

Protests against China’s influence have rocked the former British colony of Hong Kong for months and the rapid spread of facial recognition technology has triggered debate about privacy.

The New York Times reported in November that a Beijing arts centre cancelled Chinese-American artist Hung Liu’s show of antiwar paintings for no clear reason though she believed it was related to Hong Kong.

Asked if he was surprised the exhibition had been allowed to open given the unrest in Hong Kong, Ratti said he “found an openness for discussion” in Shenzhen.

“There’s probably not a better place to discuss these issues ... this is a global issue and the best way to deal with it is to open up these technologies and put them in the hands of the public,” he said.

Reuters was unable to contact the event’s organisers and foreign media were not invited to an opening news conference amid concern they would ask about Hong Kong, according to people with knowledge of the matter.

The exhibition features a facial recognition system that visitors can opt out of, to draw attention to the inability to opt out in public, Ratti said.

Other works include facial monitors that track visitors’ emotional engagement with the exhibits and digitalised images of fishing boats in one of Shenzhen’s older harbours using advanced sensing technologies developled by artists Ai Deng and Li Lipeng and by INTACT Studio.