Technology   In Other news  26 Mar 2020  COVID-19 home test kits developed by UK scientists give you results in 30 minutes
Technology, In Other news 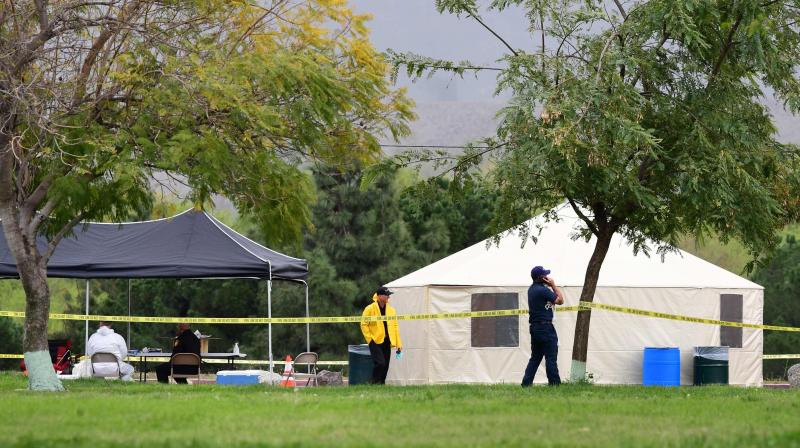 Chennai: The biggest question perhaps in the minds of the millions under lockdown in various countries is this: Should I risk going to a hospital to test for the coronavirus COVID-19 if I have a fever or cough? Now, with a new home test kit developed by researchers in the UK, individuals can test themselves at home, once the device is made commercially available.

The test kit consists of a battery-operated handheld device which processes nasal or throat swabs inserted into it and delivers the results within just 30 minutes on a smartphone app that it connects to.

The test was developed by teams from three universities in the UK, Brunel University London, Lancaster University and University of Surrey.

The cost of each individual test, the researchers say, would be around £4 or around Rs 350. Initial reports in India pegged the cost of tests available here at Rs 4,500, whereas more recently it has come down to Rs 500.

As for the device itself, the cost is pegged at £100 (a little less than Rs 9,000), if produced commercially. The team has approached manufacturers to be able to mass produce the test kit, subject to approval from regulatory authorities such as the United States’ FDA (Food and Drug Administration), the European Medicines Agency, and UK’s Medicines and Healthcare products Regulatory Agency (MHRA).

The researchers modified existing test kits to make it suitable to test for the SARS-Cov-2 virus which causes COVID19. The technology is based on a test that has been used for checking the spread of viruses in chickens in the Philippines.

Existing tests already approved for use from companies such as Cepheid and Mesa Biotech need the support of healthcare facilities, where their micro-labs can be set up. They are not suitable for home use. The test kit produced by the UK scientists has that advantage over the existing ones. It is inexpensive to boot, with each device having the capability to test up to six people or a large family at once.

“Normally, anything like this (test kit) would have to go through clinical trials,” Brunel University London’s Professor Wamadeva Balachandran was quoted as saying on the Brunel University website. “But this is not a normal situation. According to the Imperial College model, this (coronavirus pandemic) might last for 18 months. And cases will rise over the next few months.”

The researchers say the test kit can be made available to the public after regulatory approval within just a few weeks.

“Speed is essential. With local hospitals’ help, we aim to do a limited amount of tests with available positive and negative samples, Professor Balachandran was quoted as saying.

How does the test work? The UK test is more advanced than the tests already in use in the EU and China, which look for antibodies in the nasal and throat swabs. The antibodies indicate the presence of the virus in the body.

In this way, it is more important diagnostically, as it can detect the virus in even individuals who show no symptoms at all.

This is especially significant given that we are now learning of community transmissions that have occurred in people with no history of contact with an infected person.

For example, this test could be used first and foremost by doctors. As doctors examine hundreds of patients every day, they are at the highest risk of contracting COVID-19. However, some of them may not show symptoms. If all the doctors test themselves with this device, the infected persons among them can be identified before the onset of symptoms and treated in isolation. This would prevent patients from potentially catching the infection from the doctors.

What’s more, if this test kit becomes widely available, thousands of people under lockdown could test themselves. It would not only give a truer picture of the number of infections in a country, but also bring out the extent of community transmissions.