Technology   In Other news  26 May 2020  Do Uber, Ola's massive layoffs indicate they may be driving off the map?
Technology, In Other news

Do Uber, Ola's massive layoffs indicate they may be driving off the map? 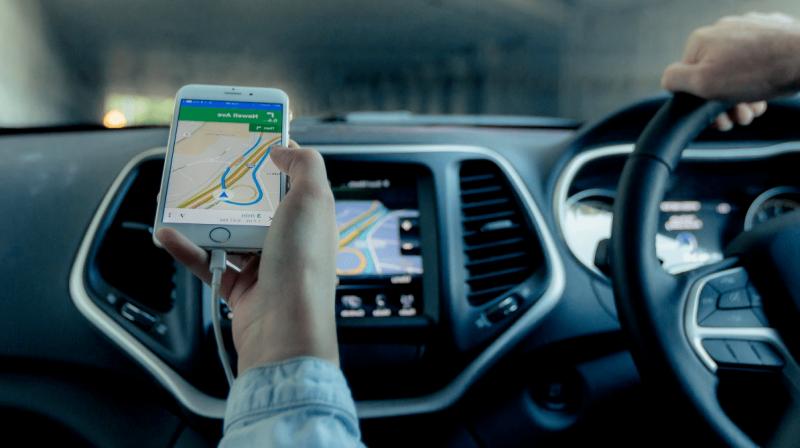 Ola CEO Bhavish Aggarwal, in an email to employees last week, had said the company’s revenues had declined by 95 per cent in the last two months due to coronavirus pandemic. He had also made it clear that the prognosis ahead for the business is “very unclear and uncertain” and the impact of this crisis is “definitely going to be long-drawn for us”.

New Delhi: Uber on Tuesday said it is laying off about 600 employees in India - about a quarter of its staff in the country - as business has taken a major hit amid COVID-19 pandemic. The development comes days after rival Ola had announced laying off 1,400 people from its rides, financial services and food business.

“The impact of COVID-19 and the unpredictable nature of the recovery has left Uber India South Asia with no choice but to reduce the size of its workforce. Around 600 full-time positions across driver and rider support, as well as other functions, are impacted,” Uber India and South Asia President Pradeep Parameswaran said in an emailed response to PTI.

These reductions are part of previously announced global job cuts this month, he added.

Earlier this month, Uber had announced a reduction of customer support and recruiting teams by approximately 6,700 full-time employee roles and attributed the move to lower trip volumes and current hiring freeze.

Parameswaran said each impacted employee will receive a minimum 10 weeks payout, medical insurance coverage for the next six months, out-placement support, and will be allowed to retain their laptops and given the option to join the Uber talent directory.

“Today is an incredibly sad day for colleagues leaving the Uber family and all of us at the company. We made the decision now, so we can look to the future with confidence. I want to apologise to departing colleagues, and extend my heartfelt thanks to them for their contributions...,” he said.

Uber has, in the past, spoken of the importance of the Indian market in its global business as a strategic market and for tech and engineering talent.

In the past few weeks, a number of tech-led businesses like Zomato, Swiggy and ShareChat have announced layoffs as the COVID-19 pandemic and lockdown dried up demand and ravaged businesses.

Zomato has laid off 13 per cent of its 4,000-staff, while Swiggy said it will let go off 1,100 employees. ShareChat reduced headcount by 101 people.

India had announced a nationwide lockdown from March 25, which left driver-partners of cab companies with no source of income as these firms were not allowed to operate.

After 40 days of lockdown, some relaxations were provided in the third phase (May 4 onwards) and these companies were allowed to operate in orange and green zones.

In the fourth phase (which ends May 31), these players have been allowed to operate in most areas (except containment areas) depending on state regulations.

However, ride volumes have remained abysmally low compared to pre-COVID days. Industry watchers attribute the low demand volume to lack of trips that people make to offices, malls and airports. They are hopeful of demand picking up as more offices open and people resume work.

Ola CEO Bhavish Aggarwal, in an email to employees last week, had said the company’s revenues had declined by 95 per cent in the last two months due to coronavirus pandemic. He had also made it clear that the prognosis ahead for the business is “very unclear and uncertain” and the impact of this crisis is “definitely going to be long-drawn for us”.