Robotics and AI are ensuring that seniors who are alone, never feel lonely. 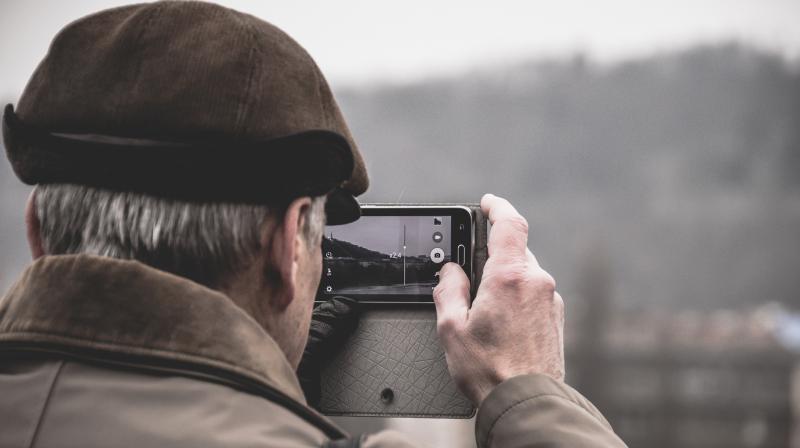 The elderly population in India is going to increase considerably in the coming years.

As per data from July 2017, 6.4% of the Indian population fell into the ‘elderly’ category. This essentially means that roughly 80 million Indians are currently above the age of 65. Sadly, a major chunk of the elderly is living a life of stark loneliness. According to the 2011 census of India, more than 15 million people over the age of 60 are either living completely alone or with a partner, who is roughly the same age as them.

Considering the technological innovations and extensive medical research, life expectancy in India has been trending upwards since the past decade. From around 64 years in 2008, the Indian life expectancy has increased to almost 70 years in 2018. Extrapolating from these facts, it can be concluded that the elderly population in India is going to increase considerably in the coming years. With more adults adopting the nuclear family set up and opting to settle abroad, the chances of a large fraction of seniors living alone is high.

Being home alone as a senior

Considering the high number of elderly people living alone in India today, it is logical and even necessary for one to wonder about the risks of living alone in old age. A research by University College London, suggested that living in isolation significantly decreases the human lifespan. Social isolation and lack of interaction not only cause mental health issues such as anxiety and depression, but also a host of physical ailments such as high blood pressure and an increased risk of infectious diseases.

According to the study, aged individuals living alone also suffer from increased fall hazards and lack of help during emergencies. They are also unable to maintain basic housekeeping which increases the likeliness of disease-causing germs in their homes. The option of hiring domestic help exists, but comes with the added risk of crime against the elderly. A report by the Ministry of Home Affairs mentioned that the rate of crime against the elderly in India is at an all-time high. 40% of these crimes are reported in big cities including Delhi and Mumbai. Abuse and robbery cases pertaining to the elderly mostly occur in their own homes. With these facts looming over the elderly population, security becomes an added concern for those living alone.

How Artificial Intelligence pitches in at home

Artificial Intelligence has already penetrated the Indian lifestyle to a large extent. We’re interacting with customer care chatbots while shopping online and asking Alexa or Siri to set timers or play music for us. But now, breakthrough innovations can transform Artificial Intelligence into secure and smart companions for the elderly living alone as well.

Where a lack of company might cause isolation issues, there are intelligent bots like Amazon Echo and Google Home which can listen, reply or adhere to commands. Echo and Amazon also allow hands free calling and voice messages, so seniors can contact their family or the authorities during emergencies. Google Home can also be used as a robust home security system complete with smart locks, smart security devices and security cameras. For the elderly living in big cities, these devices come as a true blessing.

The invention of domestic robots can solve the problem of the lack of domestic help and housekeeping within minutes. Domestic robots are smart devices that sense dirt or water on floors and intuitively mop or broom the entire house with very little need for human intervention. These robots, with their top-notch technologies, can automatically navigate through clutter and under-furniture zones to thoroughly clean any space. They also remove dust mites, allergens and germs so the health of the elderly population does not remain at risk due to a lack of cleanliness.

Cleaning sessions can be scheduled, started or stopped using a dedicated mobile app which is available for Android and iOS. Robots are also compatible with Google Home and Amazon Echo, and are constantly connected to the Wi-Fi. This level of connectivity ensures that a cleaning session can be controlled by seniors themselves or by their children sitting thousands of miles away. So, someone sitting in the US could order a robot to clean his mom’s home in Delhi while she sleeps peacefully.

Housekeeping robots can especially help seniors who suffer from ailments such as sciatica or arthritis that hamper their ability to move around and perform physically demanding tasks. Eliminate cleaning from their list of things to do and you’ll witness a huge sigh of relief.

The future of seniors and AI

The future of AI holds a lot more exciting stuff for seniors living on their own. AI-powered robot pets are already gaining traction in the West. These pets offer emotional support and companionship with absolutely no maintenance efforts like cleaning or feeding. Further technological advancements could also lead to mobility-supporting and caregiving robots. Unarguably, Robotics and AI are ensuring that seniors who are alone, never feel lonely. Instead, they’ll get the quality of life they deserved to enjoy in the first place.