Technology   In Other news  26 Jul 2019  Apple pays USD 1 billion for Intel unit in push for chip independence
Technology, In Other news

Under the deal, about 2,200 Intel employees will join Apple, along with intellectual property, equipment and leases. 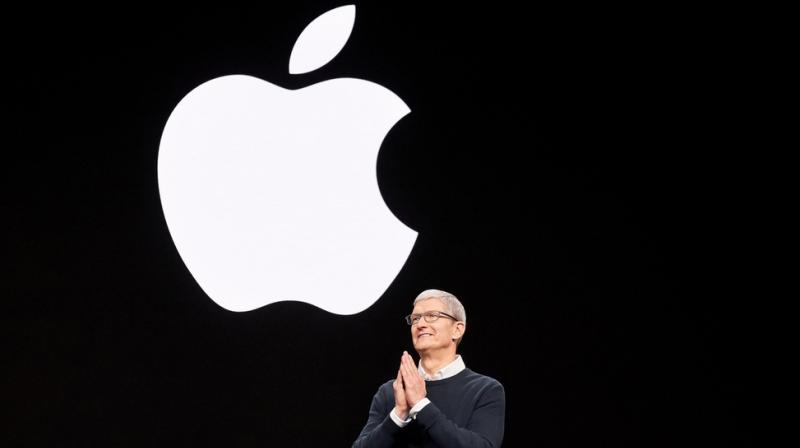 After the deal, Intel will retain the right to develop modems for non-smartphone applications, such as PCs, industrial equipment and self-driving cars.

Apple Inc took a major step toward supplying its own smartphone chips by purchasing the majority of Intel Corp’s modem business in a deal valued at USD 1 billion, the companies said on Thursday.

Under the deal, about 2,200 Intel employees will join Apple, along with intellectual property, equipment and leases. Combined with its existing portfolio, Apple will have 17,000 wireless technology patents, ranging from cellular communication standards to modems, making it a more powerful player in global licensing talks that will likely take place between major 5G patent holders such as Huawei Technologies Co Ltd.

Intel shares rose 5.7 per cent to USD 55.05 after the news and the company’s report that its earnings beat analysts’ expectations. Apple shares edged up 0.1 per cent to USD 207.29.

After the deal, Intel will retain the right to develop modems for non-smartphone applications, such as PCs, industrial equipment and self-driving cars.

Modem chips connect devices like the iPhone to wireless data networks, but Apple has always relied on outside suppliers for the part. Intel positioned itself as the sole source of iPhone modem chips over the past year after Apple got into a prolonged legal fight with previous supplier Qualcomm Inc over Qualcomm patent licensing practices.

Cupertino, California-based Apple reached a surprise settlement in April that called for the iPhone to once again use Qualcomm modem chips. Within hours, Intel said it would quit the smartphone modem business.

Apple’s acquisitions have mostly been much smaller companies, making the Intel deal its second-largest ever after its USD 3.2 billion purchase of Beats Electronics in 2014.

The deal with Intel will bolster Apple’s goal to make its own modem chip. Two of Apple’s biggest global rivals - Samsung Electronics Co Ltd and Huawei - already have the ability to self-supply modem chips.

Technology news publication The Information last year reported Apple’s efforts to develop its own modem, but the iPhone maker has never formally acknowledged it. In February, Reuters reported that Apple moved its modem engineering efforts into the same chip design unit that makes the custom processors for its devices, signaling a doubling down on the pursuit of self-designed modem chip.

Apple Chief Executive Tim Cook has also long said the company wants to control its own technological fate, what analysts have called the “Cook Doctrine.”

“We believe that we need to own and control the primary technologies behind the products that we make,” Tim Cook told investors back in 2009.

The purchase of Intel’s assets could help Apple meet its aggressive timeline for producing a modem.

A person familiar with the matter said Apple plans to use Qualcomm’s modem technology for a 5G iPhone in 2020 but wants to have an internally developed 5G modem technology ready for use in some of its products by 2021. Intel previously disclosed plans to have a 5G modem ready by 2020, so tapping the Intel assets could help Apple hit its target.

But any replacement of Qualcomm is likely to happen in phases, this person said, as Apple builds up its ability to ensure that its modems work on all the networks and countries where Apple sells phones. Ensuring worldwide compatibility is Qualcomm’s historical strength, and Apple might still have to rely on Qualcomm for some modems during a transition period to its own devices.

“There’s a fierce desire (at Apple) to have Independence, but they also realize it has to be done responsibly,” this person said.

Apple’s license deal with Qualcomm lasts six years and its accompanying chip supply agreement could also last that long, said one chip industry veteran who requested anonymity to discuss confidential matters. Apple is likely to continue to use the San Diego firm’s chips in its flagship models even if it phases in its own silicon for lower-end and older models, this person said.

Apple has engaged with Taiwan’s Global Unichip Corp, a chip design house in which Apple supplier Taiwan Semiconductor Manufacturing Co is an investor, to explore a modem design, but the work is in early stages.

“Clearly Apple saw the handwriting on the wall, because they came around and did a deal with Qualcomm,” this person said.

Apple declined to comment on its plans, and Qualcomm and Global Unichip did not immediately respond to a request for comment.

The most valuable aspect of the Intel deal for Apple could turn out to be patents. To sell a 5G iPhone, Apple will need to strike deals with the major holders of 5G patents, including Nokia, Ericsson, Huawei and Qualcomm. Apple executed a licensing deal with Qualcomm, but it has not disclosed whether it has deals in place with the others.

Erick Robinson, a patent attorney who had worked in Qualcomm’s licensing division in Asia, said the patents could give Apple better leverage in licensing talks.

“I don’t think Intel has quite the portfolio that Qualcomm has, but they certainly have a large enough one to impact the valuations when it comes to a cross-licensing deal,” he said. “It’ll save (Apple) a huge chunk of change in cross-license deals.”