A good buy for wrestling fans

WWE 2K19 will appeal to all generations of gamers and is all set to launch on October 5. 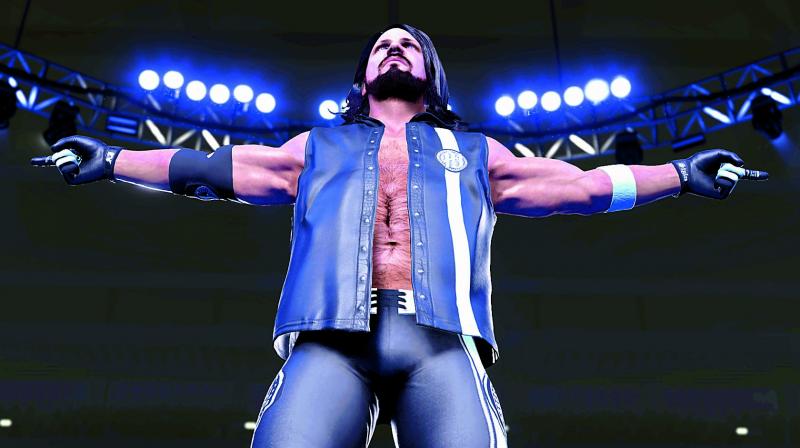 WWE 2K19 is set to launch on October 5, 2018 for PC, Xbox One and PlayStation 4 and looks like a good buy for wrestling fans.

Over the years WWE 2K has evolved into one of the best wrestling games franchises after a few bumpy years and WWE 2K19 looks to continue that ascent to the top! This past week I had a chance to check out an early build of the full game and chat with Executive Producer, Mark Little.

On the surface there aren’t any noticeable visual upgrades in WWE 2K19; visuals for certain tier 1 wrestlers are of course constantly updated and tweaked, but there has been no major overhaul or engine change to enable a massive jump. That being said, the animations and movements do look and feel a lot of fluid and less blocky as WWE fans will probably be accustomed to.

There have been a lot of gameplay additions that have set up WWE 2K19 as the most feature rich game in the franchise to date! To start things off we have several new game modes and match types with a six-man tornado tag, the Wyatt Compound matches, a Hell in a Cell rework, brand new 2K Towers, changes to MyCareer and the return of 2K showcase!

While the Wyatt compound itself is a little disappointing, the Hell in a Cell Rework really gives new value to the game mode! It feels a bit more claustrophobic as it should and a new mechanic actually allows you to break out of the cage from almost any side! It supports different grapple and strike moves and after a certain amount of damage allows you to break out from any wall!

Speaking to Mark Little on the return of 2K Showcase with none other than Daniel Bryan; he had a lot to say. “We had been considering it for a while now, in fact we planned it before we even knew about his return! It was just the right time to bring out the Daniel Bryan story because it’s so emotional and relatable. The entire 11 match journey will help people get a sense of Daniel Bryan from before he became the Daniel Bryan people know today”

Another great addition, possibly the best feature of WWE 2K19 is 2K Towers; a set of matches that follow a certain superstar that must be completed in one go or be reset to the first match. “The aim with 2K towers is to challenge players to play a little differently with stipulations ensuring almost all matches are different. We’re going to have Daily, Weekly and Monthly towers that will constantly be updated for those looking for a new challenge” said Little about the new game mode. Personally it adds a lot of replay value, though I’m a little disappointed there are no user generated towers at this point.

WWE 2K19 also comes with one fun addition that most people might have overlooked, a funky Big Head mode that basically turns everyone into a bobblehead! Executive Producer Mark Little says it’s a feature to help WWE 2K19 appeal to all generations of gamers. “We’ve got fans across all age groups and while our aim is to be the most realistic and believable wrestling game we also don’t want to forget video games are about having fun and things like this let us do that and keep in touch with some of our younger more casual wrestling fans as well.”

WWE 2K19 is set to launch on October 5, 2018 for PC, Xbox One and PlayStation 4 and looks like a good buy for wrestling fans.