Arma will run on a single charge for half a day. 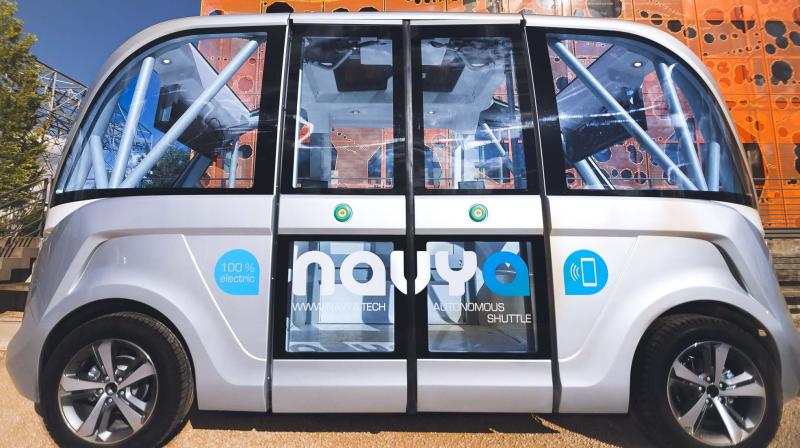 Air-conditioned interiors features touchscreen displays, and the exterior is equipped with sensors for detecting obstacles on the road.

Singapore’s new driverless bus will shuttle passengers next year. As driverless buses are slowly rolling out around the world, the island-city state is up next for this revolution in public transport. After test versions in Zhengzho, China and around Washington, D.C., and a fully realised version of the concept launched on public roads in the Netherlands in May, the Nanyang Technological University (NTU) in Singapore is investing in autonomous road travel.

Called the Arma, the bus will be capable of shuttling up to 15 passengers between the NTU campus and the CleanTech eco-business park. The distance is close to a mile. The air-conditioned interiors features touchscreen displays, and the exterior is equipped with sensors for detecting obstacles on the road. While the bus will travel autonomously, GPS technology and on-board cameras will allow humans to remotely track each journey. The electric vehicle is estimated to run on a single charge for half a day.