The spacecraft spent a few minutes in microgravity, proving the safety, comfort and feasibility of the spaceflight for passengers. 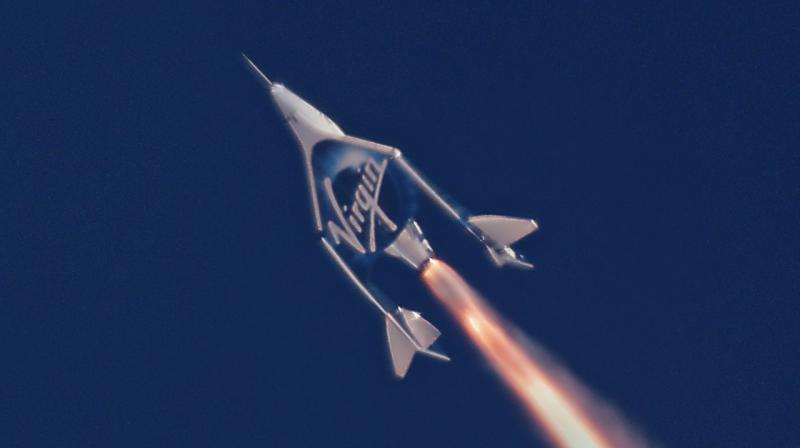 In a first, US-based Virgin Galactic rocketed three people to space in a test flight that is an effort towards the company’s commercial spaceflight mission.

As Quartz reported, two pilots directed the SpaceShipTwo rocket plane to an altitude of 90 kilometres over the Mojave desert after it was released from its carrier plane at 45,000 ft.up. The duo pilots were accompanied by the company’s chief astronaut instructor, Beth Moses, who took the first ride as a passenger.

The spacecraft spent a few minutes in microgravity, proving the safety, comfort and feasibility of the spaceflight for passengers.

Once satisfied with the safety and performance, Virgin Galactic plans to move its operations to New Mexico’s Spaceport America. Already a number of passengers, including celebrities such as Lady Gaga and Leonardo DiCaprio, have put down huge deposits to experience microgravity where one is able to leave their seats to float, and then buckle back in for the descent and glide back to earth.