Technology   In Other news  27 Apr 2020  Work-from-home will continue post-lockdown for over one million IT staff: Kris Gopalakrishnan
Technology, In Other news

Work-from-home will continue post-lockdown for over one million IT staff: Kris Gopalakrishnan 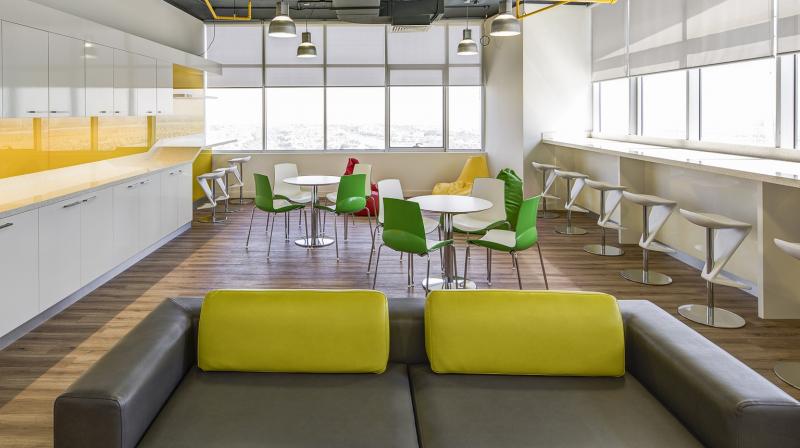 Swanky offices with every floor having a fully stocked pantry of coffee and snacks and subsidised lunches are all going to become things of the past, as companies cut costs by keeping employees working from home and on their own resources.

Bengaluru: More than one million information technology employees are expected to continue to work from home even after the coronavirus-inflicted lockdown situation returns to normalcy, says IT industry veteran Senapathy (Kris) Gopalakrishnan.

The former President of the Confederation of Indian Industry (CII) said the IT services industry has actually managed to transition people to work from home during the ‘stay-at-home’ period.

“And that was not a trivial task. A large number of people who have to be supported with technology infrastructure to work from home; business processes will have to be changed, with client permission,” the co-founder of IT services firm Infosys Ltd told P T I.

“Now I am told that 90 to 95 per cent of people in many of the larger (IT) organisations are working out of home.  And that transition has been smooth and done very, very quickly. They have figured that out and I think this will now become part and parcel of the business continuity processing, planning in the future,” Gopalakrishnan said.

The Chairman of early stage startup accelerator and venture fund, Axilor Ventures, also said that many of the smaller Indian startups have found that they are as effective working out of home and are now wondering whether they require permanent office space at all.

“We (India's IT services companies) are not going back to business as usual,” he said, adding, firms would do a rethink on the office space they would require and “how we need to deliver services in the future.

Gopalakrishnan believes at least 20-30 per cent of IT employees would continue to work from home even after the lockdown is lifted and the situation returns to normalcy.  That accounts for about 1.2 million people, he said noting that four million professionals work in India's IT-Business Process Outsourcing sector as per industry body NASSCOM figures.

The former CEO and Managing Director of Infosys said he does not see job losses in the IT sector but “I don't see recruitment happening.”

He indicated that salary cuts would happen in the IT sector.

“IT sector does not see large-scale layoffs, they manage to hold on to their employees but they don't recruit, they stop recruiting because growth is not there,” he said.  He said lot of people estimate that the impact of the coronavirus pandemic will be felt for 12 to 18 months which means that recruitment will be “nil or slow” for the one and half years.

“That’s going to hurt people who passed out this year and may be next year.”

“Yes, that’s one way you can actually avoid layoffs,” he said on possible salary cuts. “Everybody takes a small salary cut. When the whole economy is in decline, we are going to see zero growth or muted GDP growth this year; so, that will have impact on compensation and recruitment.”

“Typically, in the past what has happened (in the IT industry) is at the lower levels there is no salary cuts, as we go up it will be five per cent, ten per cent, and at the top it could be 20-25 per cent, Gopalakrishnan said when asked about the possible range of salary cuts in the IT sector.