Technology   In Other news  27 May 2020  Boomers Trump, Biden rack up supporters among millennials and Gen Z on Snapchat
Technology, In Other news

Boomers Trump, Biden rack up supporters among millennials and Gen Z on Snapchat 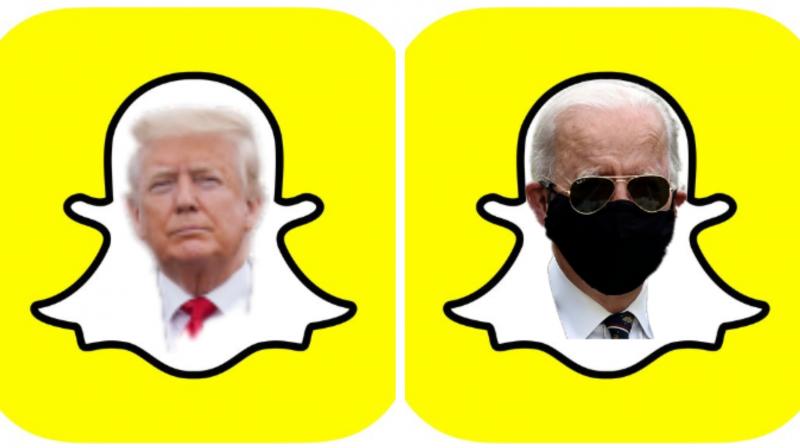 Washington: The photo-sending app that boasts 229 million users, mostly young, Snapchat —better known for filters that turn your face into a puppy or a vampire—is a new battlefield for opponents President Donald Trump and former vice president Joe Biden, both of whom are in their 70s.

The stakes are high: Gen Z (ages 18-23) and millennials (ages 24-39) together make up more than 35 percent of the American voting population.

In the race to win them over, Trump’s reelection team boasts a solid lead, as they have not suffered from lockdowns to slow the spread of COVID-19.

The 100-person strong team is also backing a candidate who is infamous for his own prolific social media use.

As a result, the number of subscribers to Trump’s Snapchat account tripled in eight months, easily reaching 1.5 million.

Biden’s team declined to share its number of Snapchat subscribers.

“I’m sure we can do better on the internet,” Biden himself admitted during an interview said on Snapchat two weeks ago, from his home in Delaware.

He had been sheltering there until Monday, when he made his first public appearance in months for a Memorial Day ceremony, sporting a black face mask.

His team has refused to provide details on its arsenal but insists that it has been working twice as hard on digital campaigning since the start of the pandemic.

Top staffers for his former rivals Elizabeth Warren, Beto O’Rourke and Kamala Harris have also been recruited to beef up the ranks.

On his Snapchat profile, the former number two to President Barack Obama keeps it cool: he is shown without a tie but with his signature aviator sunglasses. Followers can try on the same pair thanks to a custom campaign filter.

Subscribers to Trump’s account, meanwhile, are invited to relive one of the president’s rallies in Wisconsin, a state crucial to winning the election on November 3.

Trump’s team also posts videos openly mocking his opponents gaffes on Snapchat that are then shared on a massive scale.

If Snapchat—whose initial premise was sending self-deleting photos—is popular among the candidates, it is also because the platform has expressed a desire to independently and actively participate in American political life.

“Snapchat believes that there is no more powerful form of self-expression than helping its users engage in democracy and exercise their right to vote,” a spokesperson told AFP.

The app, according to the spokesperson, reaches 75 percent of Gen Z-ers and millennials on a daily basis—a figure it intends to take advantage of.

The platform had already inspired 450,000 young people to register to vote for the mid-term elections in 2018, and it plans on developing new in-app features as the election approaches.

Conversely, its competitor TikTok, owned by Chinese company ByteDance, has opted to stick with the app’s traditionally light-hearted aesthetic. But that doesn’t stop political content from flourishing on the platform.

A video of a man in a hotdog costume listing all the reasons why he thought Biden—whose campaign has been rocked by a sexual assault accusation—was a “pervert” has racked up more than 530,000 likes on TikTok.