The wireless payment technology from Samsung is a revolutionary feature that can change the way we make transactions. 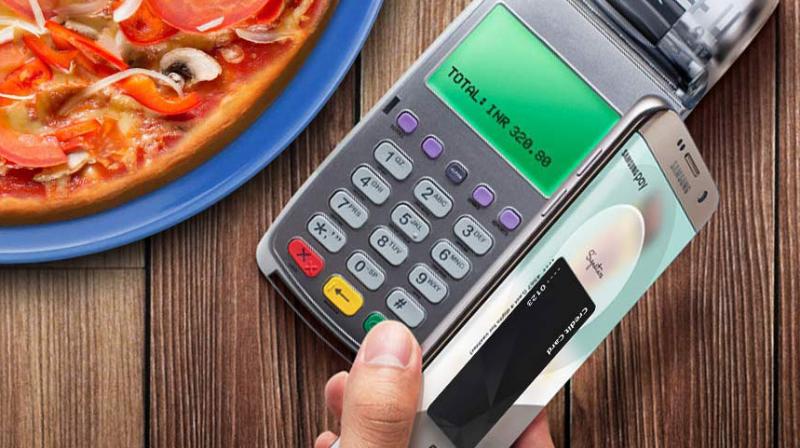 All MST does is to make the PoS machine think that the Samsung Pay user has actually swiped a physical card to make a transaction.

With the current push for a cashless economy, people have slowly started adopting the digital way of making transactions in their daily life. Digital wallet services like Paytm, Freecharge and similar other players have found massive acceptance amongst the smartphone consumer base. The Government’s natively developed UPI payment system, known as BHIM, is also being promoted widely for adoption amongst the masses. To join the wireless payments party, Samsung launched its much talked about service, called the Samsung Pay a few months ago in India.

Now, Samsung Pay has been around for some time along with other native digital transaction services like Android Pay and Apple Pay. All these services store credit or debit card details on the device, making it unnecessary to carry the physical cards. However, Samsung claims that the technology they use for Samsung Pay is extremely different from the others as they use MST instead of the standard Near Field Communications (NFC) technology.

Magnetic Secure Transmission or MST is a technology that impersonates the swipe action of a physical card swipe on a Point of Selling (PoS) machine. There’s an MST chip embedded in certain Samsung devices that emit a magnetic signal to the payment terminal’s card reader to provide the card number and account number of your desired debit/credit card without any physical contact. Therefore, all MST does is to make the PoS machine think that the Samsung Pay user has actually swiped a physical card to make a transaction. 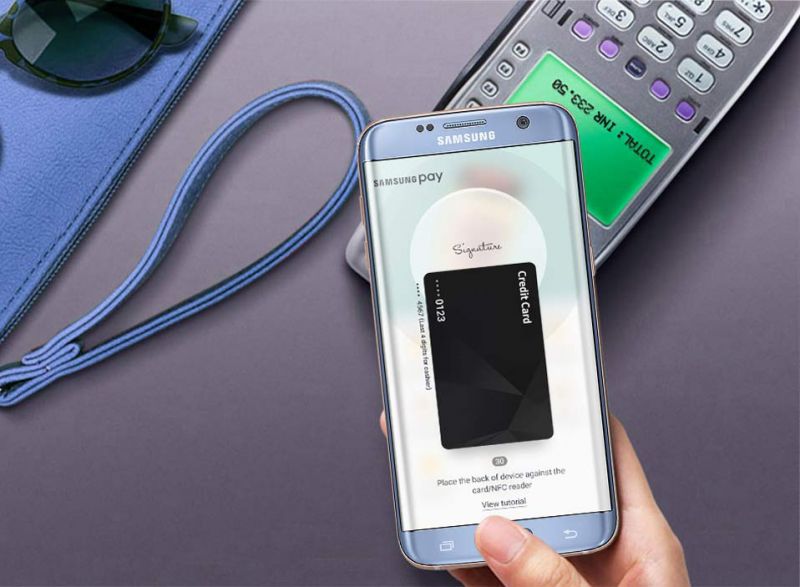 MST makes sure that the transaction and the payment information stay secure with the process of tokenization, which substitutes the card number’s with a discrete alphanumeric code, something like a One Time Password (OTP) for banking transactions, and is generated using proprietary algorithms. The code is then sent to the card’s network, which then gets decrypted and authorises the transaction. The actual card number is stored in some sort of a vault with the bank or a payment processor.

Samsung claims that MST is secure as NFC when it comes to transmission of payment data to PoS machines. The best thing about MST is that unlike NFS that requires compatible PoS machines to work, it works with all PoS machines without needing any upgrade. Therefore, you can use MST-enabled Samsung Pay at any place where a PoS machine is used.