Technology   In Other news  27 Jul 2020  Online classes only for the privileged, millions of others miss out on education
Technology, In Other news

Online classes only for the privileged, millions of others miss out on education

Many thousands of families do not have smartphones or computers for their children to attend online classes. 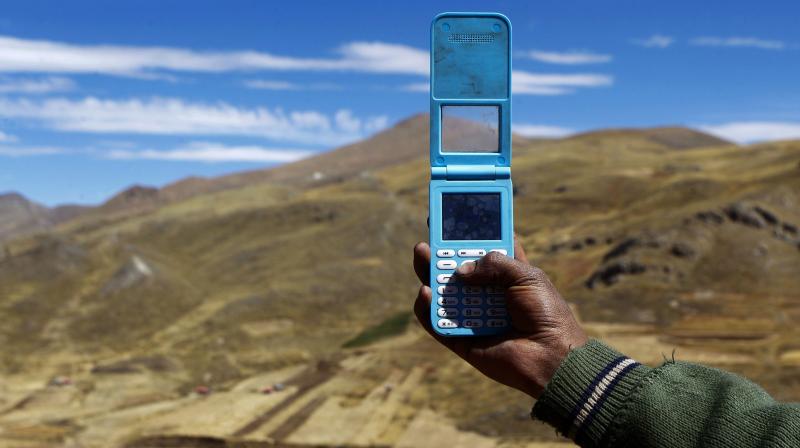 Looking for a signal to attend virtual classes is a common activity in areas with poor internet connectivity. The coronavirus has allowed people with money and technology to get on with their lives while the lives of the underprivileged have crumbled. (Photo | AFP)

New Delhi/Mumbai: The digital divide stretches long and deep across the expanse of India, further separating the haves from the have-nots and the tech-empowered from the tech-deprived with millions of children struggling to keep up with the challenges of online classes.

The coronavirus pandemic that forced people into their homes and forced schools and colleges to move to virtual classes has edged education dreams with conditions aplenty, a computer or at least a smartphone, proper internet connectivity and uninterrupted power supply.

The education playing field, never really level, is now potholed and bumpy as students, and their teachers, in cities, towns and villages scramble to cope with the demands of the times.

Children in a small settlement in the floodplains of the Yamuna along the Delhi-Noida border, for instance, have never had it easy. They would cross the river in a boat to reach school, just minutes away from the bright lights of the national capital and its suburb.

Four months ago, when India went into lockdown, their odds increased manifold.

Joshna Kumar, 12, has a phone but often no electricity so it is difficult to attend her online classes everyday.

Most residents of the settlement rely on Charan Singh, a cattle rearer who visits daily, to charge their phones. And so does she.

“Every evening I give my phone for charging. He brings it charged next morning,” she said, sitting on a charpoy in the backyard of her home, quickly scrolling through her Whatsapp messages to take down notes and finish her homework. To save battery, Joshna keeps the brightness of her phone low.

Her 10-year-old brother studying in the same school mostly stays away from class. When he does attend, Joshna has to miss school and catch up through pre-recorded videos. Their father is a daily wage worker and they can’t afford to buy another phone.

It is a similar story in Faridabad, Haryana, where Suchi Singh, a Class 8 student, said there is only one smartphone between her three siblings and her. So, the four take turns in attending class.

That Suchi, a topper, is forced to miss class troubles her father Rajesh Kumar, a newspaper vendor, but he said he has no option. A smartphone is a luxury when he is struggling to provide for his family.

“E-classes have made life difficult,” he said, pessimistic about what the future holds for him and his children.

Hundreds of kilometres away in Mumbai’s Aarey Colony, Jyoti Randhe, a Class 10 student in a municipal school, shares a smartphone with her mother who takes it to work. Her classmate Roshni Nere has to divide her phone time with two sisters who also take e-classes. Roshni’s mother said she is worried about her future and appeals to authorities to at least equip them with the required technology.

Some students don’t have that option either.

Like Sumit Wadakar, who studies in the same school and whose father Laxman Wadakar works as a security guard in Mumbai’s Film City. He said candidly his salary was not enough to buy a smartphone.

The numbers tell the story of e-education deepening the rift.

According to data released by the Ministry of Statistics and Programme Implementation for 2017-18, only 10.7 percent Indians have computers while 23.8 per cent have internet facilities.

In Srinagar, the circumstances are different but the helplessness the same.

Sheik Sulayman Mushtaq’s parents can afford his private school education but there is only 2G connectivity in Kashmir Valley. The slow speed means the Class 10 student can’t exchange large files and or live stream classes on his computer.

While students juggle between problems of connectivity, lack of screens and no electricity, teachers are in a bind too.

Jeyaishwari RC Nadar, who teaches Maths to Class 5 and Class 6 children in a Mumbai school, uses a transparent tray from her refrigerator as her mobile stand when she conducts classes. She said about 10-15 students in her class are not able to attend online sessions.

It is difficult even for those who are able to attend because Maths particularly requires one-on-one interaction with students for better understanding, she said.

Jaishwar Sulochana, who teaches Hindi and History in a school in Mumbai’s densely populated Dharavi slum, believed to be Asia’s largest slum, said many of her students live in one-room houses. The background noise breaks their concentration. And while most families have smartphones, some students are unable to join classes as their parents take their devices when they step out for work.

“The need of the hour is to equip these students with mobile phones and tabs so that they can at least attend classes. There is no satisfaction in teaching students via online classes,” he said.

“Despite connectivity and other issues, online classes have the potential to be more beneficial for these students as their parents sit with them and are able to explain to their children. This helps in educating both the child and parent,” said Neeta Hemant Dhuri, a speech therapist in Mumbai who takes classes for the hearing impaired.

She uses daily objects, pictures and toys to teach language concepts such as prepositions and verbs through her laptop.

NGOs working with people with disabilities have expressed concern over the issues faced by students in e-education. Akhila Sivadas, executive director at the Centre for Advocacy and Research, a non-profit organisation, said the government needs to provide education that is accessible to students with disabilities.

Innovation is often the name of the game.

Sandeep Saggar, a PE teacher in Delhi, uses a broom and everyday daily objects that he can grab to teach students hockey from his garage. He said parents must pay fees on time so students and teachers can look after each other and continue whatever little learning is possible in these difficult COVID-19 times.