The game’s USP lies in the core gameplay which has always been miles ahead. 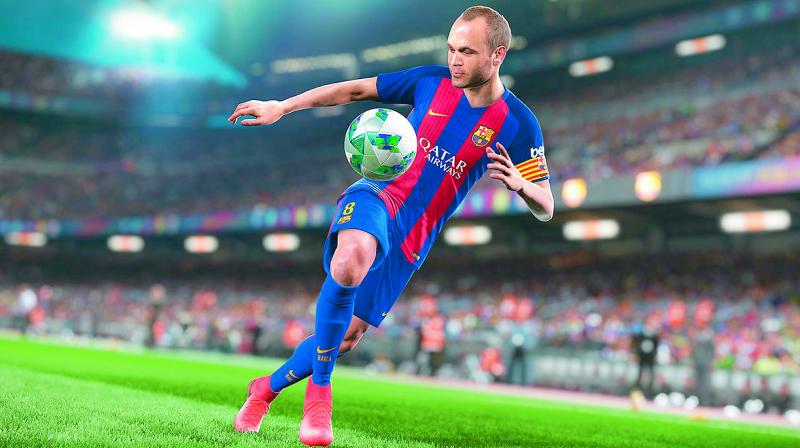 The one place PES however does continue to suffer is overall presentation.

Pro Evolution Soccer has always been the second football game in the eyes of most gamers, however, over the last few years they have made strides and closed the gap at the top.

While PES has always suffered and continues to do so when it comes to licenses and leagues, its USP has always been the core gameplay which was always miles ahead. This time once again it’s the subtle nuances hidden in that great gameplay that help PES stand out once more. The likes of Pogba making his way through midfield or former poster boy Neymar cushioning the ball on his chest really show how the beautiful game comes to life with PES.

The realism however, is a double-edged sword as player stats taken into account for gameplay are often skewed leading to the likes of Fellaini being able to out muscle half the league and Pogba finding miraculous space for through balls. While it certainly doesn’t break the game, it does make it frustrating at times.

The one place PES however does continue to suffer is overall presentation. While not having league licenses is a huge loss once again, the game doesn’t look or feel as premium as its cost might indicate. The game’s commentary is bland and repetitive, even when compared to FIFA which is saying a lot. Even though the stadium atmosphere has also received a bit of an upgrade, its still got a lot of ground to make up.

Further customisation options with PES and the several options it gives you to play online and offline have helped it maintain its great offering to gamers as a good football game, and myClub has really stepped it up to try and match FUT. PES 2018 is definitely a solid football game, but sometimes that’s just not enough; great gameplay has always been on PES’ side but it’s still not enough to jump out of FIFA’s shadow as the go to football game.