Technology   In Other news  27 Sep 2018  Ford expands partnership talks with Volkswagen and Mahindra to reduce costs
Technology, In Other news

A key part of that plan to save money calls for Ford to deepen partnerships with other automakers around the world. 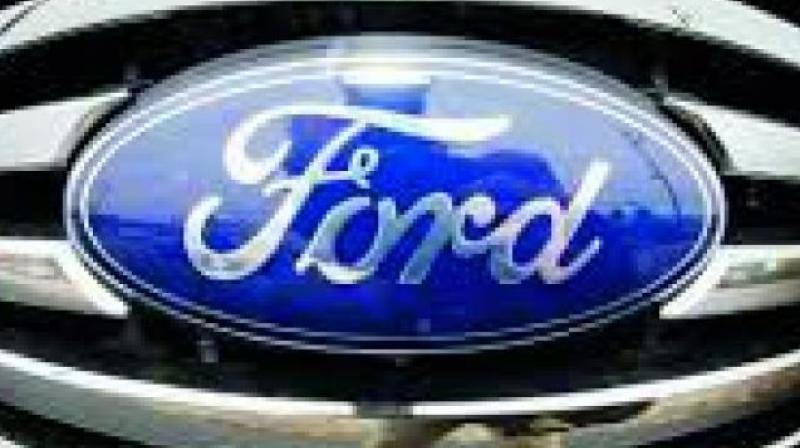 Product sharing talks are underway with Mahindra & Mahindra, including using the Indian automaker as a benchmark to bring down supplier costs in the region.

With its stock trading near a 6-year low late last month, Ford Motor Co CEO Jim Hackett gathered the automaker’s top 300 executives near its headquarters in Michigan for a global leadership meeting.

“We have clarity of purpose and now it’s time to take action,” Hackett told Reuters in an interview.

A key part of that plan to save money calls for Ford to deepen partnerships with other automakers around the world to share factory floor capacity and develop vehicles together, Ford executives told Reuters.

Specifically, they said Ford is engaged in talks with Germany’s Volkswagen AG and India’s Mahindra about expanding product and technology alliances.

With Volkswagen, discussions are focused on how to expand a commercial vehicle tie-up they previously announced to include collaboration in South America and Europe - where Ford is losing money - and co-develop other types of vehicles, according to a Volkswagen executive and two sources familiar with Ford’s thinking who asked not to be identified.

Pablo Di Si, chief executive for Volkswagen in Latin America, told Reuters the companies are studying a partnership in Brazil and the talks are “advancing positively,” although he did not expect an announcement until 2019.

A VW spokesman declined further comment on the alliance discussions.

An expanded alliance would give Volkswagen access to some of Ford’s most profitable vehicles, including the Transit commercial vans and Ranger compact pickup trucks, said the two sources. VW could also help Ford strengthen its money-losing South American and European operations by combining vehicle production in those markets, the sources said.

Separately, product sharing talks are underway with Mahindra & Mahindra, including using the Indian automaker as a benchmark to bring down supplier costs in the region, two other people familiar with Mahindra’s plans said. The first vehicle from the platform they are jointly developing will likely be launched in 2020, they added.

A spokesman for Mahindra did not respond to a request for comment.

The twin efforts are meant to help remake Ford in conjunction with the $11 billion restructuring it outlined for the next three to five years. Ford needs to improve profitability because it is investing billions of dollars to develop electric and self-driving vehicles, and gearing up for a major rollout of products over the next two years.

Hackett, who recently spoke with the heads of Volkswagen and Mahindra, told Reuters the alliance talks are going well and hold a lot of promise for Ford. He declined to comment on specific deal structures being discussed or locations, however.

Broader product and cost-sharing deals with Volkswagen and Mahindra could allow the No. 2 US automaker to reduce the number of different vehicles it builds and shrink engineering and purchasing costs, Ford executives said.

Fewer vehicle architectures, combined with increased numbers of electric vehicles, would also help Ford reduce the number of plants and employees it needs for that work over the next several years, according to the two sources familiar with Ford’s thinking.

The moves are aimed to help Ford hit its goal of doubling global pre-tax profit margins to 8 per cent by 2020, up from 4.3 per cent in the second quarter of this year.

Hackett remains under pressure to show results. The stock is down about 24 per cent this year.

“Hackett’s job really is to cut the costs,” said Edgar Wachenheim III, chairman of Greenhaven Associates, which is Ford’s ninth largest investor with almost 33 million shares at the end of June. “You have this possibility that Hackett can eliminate the $4.5 billion of losses (in its weaker operations) that were there in 2017 and the earnings will shoot up.”

The capital demands currently in the industry have never been greater, Ford executive vice president Joe Hinrichs told Reuters at the company’s headquarters outside Detroit.

“A big opportunity is around leveraging other people’s strengths,” Hinrichs, who is president of global operations, said of the alliances. “There’s a lot of opportunities to share capital, share engineering resources.”

Ford and Volkswagen said in June they were discussing whether to jointly develop and build a range of commercial vehicles, including vans. The commercial vehicle deal is a “quick win” and more will follow with VW, said Hau Thai-Tang, Ford’s executive vice president in charge of Ford’s product development.

“If you look on paper, we complement each other really well,” he said of Ford and Volkswagen. “There are opportunities for some synergies without us stepping on each other.”

“Everyone wants higher capacity utilization, but they want someone else to come to their capacity, and so we have to work through that,” he said.

In Europe, Ford’s Mondeo sedan and S-Max, C-Max and Galaxy minivans are set to be phased out when they reach the end of their product lives over the next several years, two other people close to the company said. That will ultimately lead to capacity cuts and job losses at assembly plants in Valencia, Spain and Saarlouis, Germany, the sources said.

The level of optimism at the annual leadership meeting last month about Ford’s transformation was high, and now those executives want to get the message out more broadly to employees, according to Ford’s Thai-Tang.

“We have the right plan,” he said. “We now have to go execute and execute quickly.