Microsoft has spent decades investing in various forms of AI research. Bing was launched as a re-branding of Microsoft’s earlier search engines. 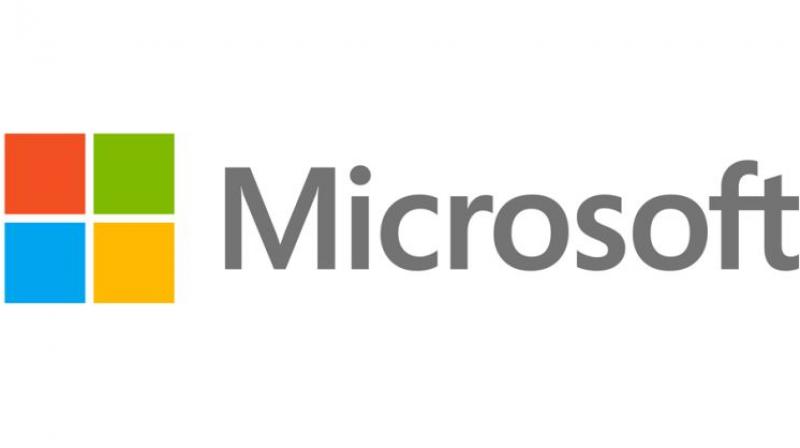 Microsoft's Bing probably never stood a chance at surpassing Google, but its 2nd-place spot is worth far more than the advertising dollars it pulls in with every click.

Microsoft’s Bing search engine has long been a punch line in the tech industry, an also-ran that never came close to challenging Google’s dominant position. But Microsoft could still have the last laugh since its service has helped lay the groundwork for its burgeoning artificial intelligence effort, which is helping keep the company competitive as it builds out its post-PC future.

Bing probably never stood a chance at surpassing Google, but its 2nd-place spot is worth far more than the advertising dollars it pulls in with every click. Billions of searches over time have given Microsoft a massive repository of everyday questions people ask about their health, the weather, store hours or directions.

“The way machines learn is by looking for patterns in data,” said former Microsoft CEO Steve Ballmer, when asked earlier this year about the relationship between Microsoft’s AI efforts and Bing, which he helped launch nearly a decade ago. “It takes large data sets to make that happen.”

Microsoft has spent decades investing in various forms of artificial intelligence research, the fruits of which range from its voice assistant Cortana to email-sorting features and the machine-learning algorithms used by businesses that pay for its cloud platform Azure. It’s been stepping up its overt efforts recently, such as with this year’s acquisition of Montreal-based Maluuba, a company aiming to create “literate machines” that can process and communicate information more like humans do. Some see Bing as the overlooked foundation to those efforts.

“They’re getting a huge amount of data across a lot of different contexts — mobile devices, image searches,” said Larry Cornett, a former executive for Yahoo’s search engine. “Whether it was intentional or not, having hundreds of millions of queries a day is exactly what you need to power huge artificial intelligence systems.”

Bing launched in 2009 as a rebranding of Microsoft’s earlier search engines. Just weeks later, Yahoo and Microsoft signed a deal for Bing to power Yahoo’s search engine, giving Microsoft access to Yahoo’s greater search share, said Cornett, who worked for Yahoo at the time. Similar deals have infused Bing into the search features for Amazon tablets and, until recently, Apple’s Siri.

All of this has helped Microsoft better understand language, images and text at a large scale, said Steve Clayton, who as Microsoft’s chief storyteller helps communicate the company’s AI strategy. “It’s so much more than a search engine for Microsoft,” he said. “It’s fuel that helps build other things.”

Bing serves dual purposes, he said, as a source of data to train artificial intelligence and a vehicle to be able to deliver smarter services. While Google also has the advantage of a powerful search engine, other companies making big investments in the AI race — such as IBM or Amazon — do not. “Amazon has access to a ton of e-commerce queries, but they don’t have all the other queries where people are asking everyday things,” Cornett said.

Neither Bing nor Microsoft’s AI efforts have yet made significant contributions to the company’s overall earnings, though the company repeatedly points out “we are infusing AI into all our products,” including the workplace applications it sells to corporate customers.

The company on Thursday reported the fiscal first-quarter profit of $6.6 billion, up 16 percent from a year earlier, on revenue of $24.5 billion, up 12 percent. Meanwhile, Bing-driven search advertising revenue increased by $210 million, or 15 percent, to $1.6 billion — or roughly 7 percent of Microsoft’s overall business. That’s OK by current Microsoft current CEO Satya Nadella. He doesn’t look back to talk much about Bing, but he knows plenty about it. Nearly a decade ago, he was the executive tapped by Ballmer to head Bing’s engineering efforts.

In his recent autobiography, Nadella describes the search engine as a “great training ground for building the hyper-scale, cloud-first services” that have allowed the company to pivot to new technologies as its old PC-software business wanes.