Finland, once a world leader in mobile telephony with Nokia, is in a class of its own when it comes to internet usage on smartphones. 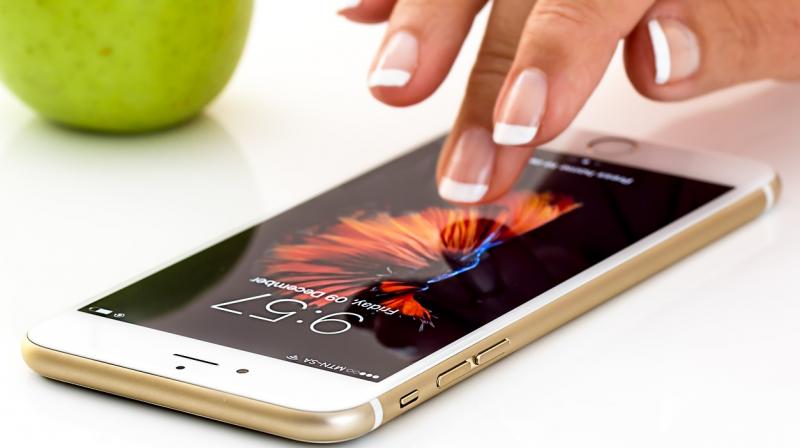 On the crowded morning metro in Helsinki, silence prevails. Everyone is hunched over their smartphone screens, reading the news, checking emails or watching videos.

A loud "yeah!" breaks the quiet, along with delighted screech from a toddler whose mother has just handed him her smartphone to calm him down with a video.

Finland, once a world leader in mobile telephony with Nokia, is in a class of its own when it comes to internet usage on smartphones and tablets, thanks to cheap subscription plans.

In the first half of 2016, Finns used nearly twice as much mobile data on portable devices as South Koreans, who came second in a recent comparison of 32 European and Asian countries by Swedish telecommunication specialist Tefficient.

Finns spend so much time on their phones that authorities are concerned: the city of Helsinki's department of health and social services recently launched a campaign telling parents to get their priorities straight.

In a controversial video that angered many parents, a black raven swoops down and carries away a little girl on a beach while her mother focuses on her smartphone, followed by the message: "Negligence is modern day violence."

Offended Helsinkians flooded the city with negative feedback, accusing it of criticising all phone usage, and especially women by depicting only the child's mother in the video.

But the city said it was intended to highlight the fact that some mothers spend too much time on their smartphones instead of playing with their children, and that some fathers are largely absent from their children's lives.

Anna Andersson, a 33-year-old mother on her way home from a pilates class with her six-month-old baby, says she wasn't offended by the campaign.

"People got quite provoked by it but in my opinion there was a point," she tells AFP.

She says she uses internet more on her phone than on her laptop but less so now that she has a child.

"The baby has efficiently reduced the time I spend online."

The country's largest operator Elisa says Finnish parents are following in the footsteps of their teenage children, who have led the way in recent years in consuming more and more internet content on the go.

He says mobile data consumption peaks especially in the evenings, when many Finns -- from teenagers to pensioners -- are glued to their phones and tablets to watch films, shows, video clips or just browse around social media, instead of watching television like they used to.

Several factors may explain the love of smartphones.

Since the golden days of Nokia, Finland's former business crown jewel and once the world's top handset maker, Finns have been keen to adopt new technology.

And Finns are often considered taciturn with an introverted nature, and some admit preferring to keep in touch with friends and family over the Internet instead of a phone call.

For a nation of 5.5 million, there are 10.9 million mobile connection plans in Finland -- nearly two per inhabitant.

Hannele Houston, 34,  is a perfect example. She owns a smartphone and a tablet, both with internet connections.

"On my phone I read news and use maps and journey planners for finding optimal routes. On my tablet I listen to music, pay my invoices and look for recipes," she explains.

A key factor that allows Finns to devour data on the go is that fast connections are affordable.

Tefficient's comparison found that in the Netherlands, where operators charged the most for a gigabyte of mobile data, it cost 14 times more than in Finland, where it was the cheapest of all 32 countries compared.

"The Finnish market differs significantly from other countries in the sense that we have lots of unlimited data plans," explains Kalle Muhonen, manager at Finnish operator Sonera.

More than half of all phone and tablet connections in Finland come with an unlimited data plan for a fixed monthly price, meaning consumers can browse on their phones as much as they like without having to fear a monster invoice at the end of the month.

One happy customer of an unlimited data plan is 13-year-old Inam Alam, who shows off a new game he has just downloaded on his smartphone.

He sometimes receives hundreds of messages on social media in a single day from his classmates, but he doesn't think that's unusual. He says it's normal.

"Nowadays we use our phones even for our assignments at school, like at language classes when we learn new words and then practise them with online games," he says.