Back from oblivion: Diablo 3

After the popular Reaper of Souls expansion this DLC brings a completely fresh approach to Diablo 3. 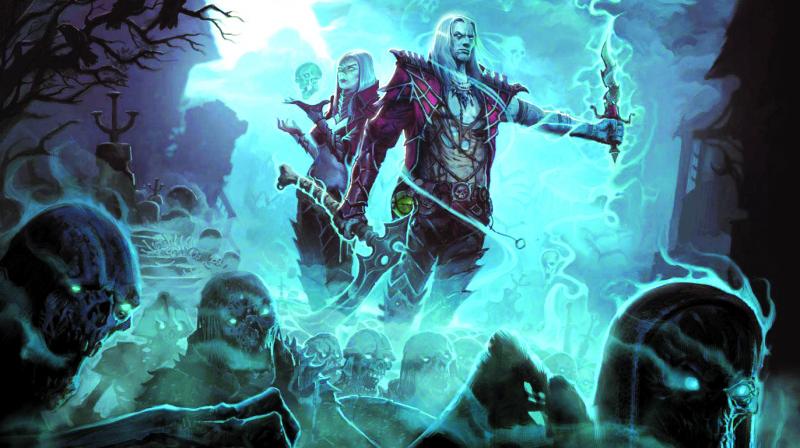 The brand new DLC brings a fan favourite class from Diablo 2, the Necromancer back into action to keep the Diablo 3 community hooked for just a little longer.

Diablo 3 is back from the dead this week with the launch of The Rise of the Necromancer Pack. The brand new DLC brings a fan favourite class from Diablo 2, the Necromancer back into action to keep the Diablo 3 community hooked for just a little longer. Over the last 12 months, Blizzard has done a great job keeping the game alive long after it should have died down.

Newer difficulties, dungeons and modes have really helped extend the games’ life, but now after the popular Reaper of Souls expansion this DLC brings a completely fresh approach to Diablo 3. Designed from the ground up, the Necromancer was made keeping in mind it had to compete with a similar class, the Witch Doctor. So I’m quite excited to see this vision come to life with this DLC. The Necromancer will be available for both single player and adventure modes. There is even a content update for folks not opting to buy the new DLC, but own Reaper of Souls. They will get access to new Challenge Rifts, The Shrouded Moors zone, Temple of the Firstborn zone, and the Realms of Fate all as free content.

In addition to the gameplay content, the pack also comes with a few cosmetics like a non combat Pet, portrait frame etc but more importantly for Diablo enthusiasts there’s two new character slots to easily fit your male and female Necromancers along with extra loot stash tabs.

Folks interested in the DLC can pick it up as a standalone, otherwise for those looking to jump into it for the first time or on a new platform its available as a wicked bundle called the Diablo 3 Eternal Collection that includes the full game, Reaper of Souls Expansion and the new Rise Of The Necromancer. So it looks like there’s even more reason to get back to Diablo 3 now.