Technology   In Other news  28 Jul 2020  More people have taken to gaming during the lockdown, and it's no more just the professionals
Technology, In Other news

More people have taken to gaming during the lockdown, and it's no more just the professionals 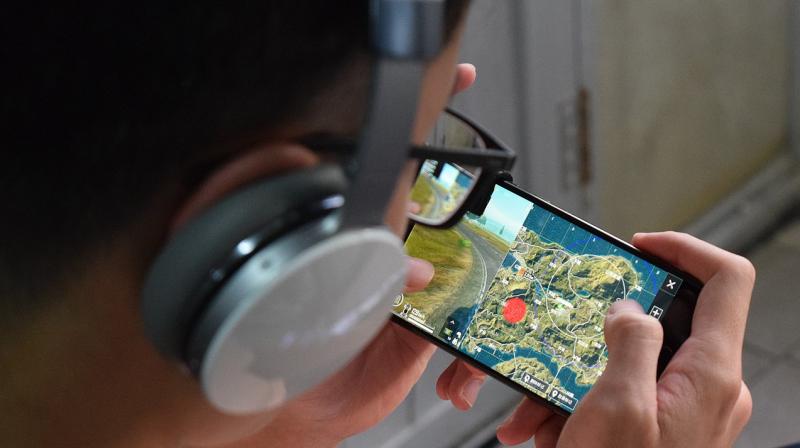 Many casual players found time on their hands during the lockdown, which made them take to gaming more seriously, and now they can’t get enough of it. (Wikimedia Commons - Sparktour)

Varun James is a passionate online gamer who is now professionally into it. He took to gaming back when video games were the rage, slowly but steadily graduating to a Play Station. Now, he is a professional PC gamer actively playing on a multiplayer online battle arena (MOBA) ‘Defence of the Ancients’, also known as ‘DOTA 2’, and earns anywhere between Rs 20,000 and Rs 50,000 per month depending on the tournaments he plays.

“Gaming has been my passion, and I represent Hyderabad when we play internationally. And gaming has helped me travel a lot as a team,” Varun says excitedly. “However, the e-sports industry in India still growing, with not as many tournaments here as on international platforms.”

It was an interest in multiple player online games, which also led Vivek Sampara, a 32-year-old chief technology officer at Really Singapore, to play ‘DOTA 2’, though he is not a professional player like Varun. “I have been playing this since I was 14, and I really enjoy gaming whether it is on a console or a PC. Though I do not play it professionally and this is only a side skill I have, which is more like an after-work stress buster, I play two to three games every day and some more during the weekends,” says Vivek. He believes some of the best things about gaming are making friends and going out to a gaming café to play games and chill.

Girls are just as enthusiastic about online gaming as boys. Mizba Shaikh, who plays ‘DOTA’, ‘DOTA2’, ‘Cs Go’, ‘Pub’ and ‘Don’t Starve Together’, among others, is not a professional gamer. She says it’s not just fun but it has made her mind sharper.
“Tackling tasks in the game has helped me sharpen my mind,” Mizba says. “I love how we get to work together as a team while playing a game. The strategies and brainstorming while playing these games certainly add to the kick.”

She says gaming also makes her feel more free. “I stay awake late into the night to play these games... probably also why I have dark circles on my face,” Mizba says with a chuckle.

The lockdown has enabled players to strengthen their game, as they now have more time on their hands to play often. Dileep Reddy, who has been casually playing PubG for a year, really took to it only during the lockdown. “Now I am crazy about this game and can’t get enough of it,” Dileep tells us, betraying a hint of guilt. “I have also bettered my playing skills.”

Back to the roots

Even games some of us played indoors during our childhood have now gone online. Ludo, a game loved by everyone since their childhood, has found many takers since the game launched online. Ludo King, which had more than a million downloads since the lockdown began, is still a trending game online. Playing Ludo King brought back to Navin Pivhal the ‘good old days’. “The multiple-player game is fun to play it with friends and family,” says Navin, wishing more such nostalgic indoor games were available online.